Beth (Rebecca Hall) is still reeling from the very recent suicide of her husband Owen. Alone in the lakeside house he built for her in upstate New York, she starts experiencing disturbing dreams that seem to blur with reality. Against the advice of friends, Beth starts digging through his belongings, uncovering increasingly disturbing secrets, in this horror/thriller.

Director David Bruckner churns out the thrills, chills and some REALLY LOUD but effective jump scares in this stylish film, maintaining a high level of suspense throughout. It also has a terrifically spooky score and a convincing performance from Hall, who injects just enough drinking and depression into Beth to keep us wondering – is she losing her mind… or is there really a supernatural presence haunting her? And what was her husband up to while he was alive?

The blending of psychological and supernatural horror makes for a clever, mysterious story… even if it doesn’t always make sense. As the saga unfolds, some of the crazier story elements could have benefited from fleshing out, but even so, The Night House is one spooky good time with some pretty impressive camerawork and a suicide note that takes on different meaning as the film progresses. And hats off to Beth’s fellow school teacher/pal Claire (Sarah Goldberg from the HBO comedy series Barry), who deserves a medal for being the friend of the year.

• The daughter of late British theatre director Peter Hall and American opera singer Maria Ewing, Rebecca Hall (The Awakening, Godzilla vs. Kong) got her big break in Woody Allen’s 2008 film Vicky Cristina Barcelona, which earned her a Golden Globe nomination. The BAFTA winner (Red Riding: 1974) married actor Morgan Spector in 2015 and had a child in 2018.

• Atlanta-born horror director David Bruckner had his solo directorial debut in 2017’s The Ritual. Bruckner is next slated to direct a reboot of the horror classic, Hellraiser.

• The Lourve Doll is a 4th century, Egyptian clay figure impaled with 13 bronze needles. It was found with an inscribed voodoo love spell, calling for its target to remain a virgin and be unable to eat, drink but instead be obsessed with he who cast the spell upon her. The artefact is on display at The Lourve Museum in Paris. 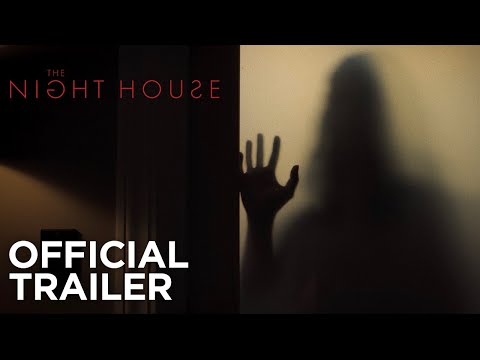