A creepy mortician (Clancy Brown) weaves an increasingly chilling tapestry of terror for a would-be job applicant, in this anthology of short horror stories available on Shudder and Amazon.

Writer/director Ryan Spindell’s film is a wink and a nod to such 80s anthologies as Tales From the Crypt and Creepshow, with physically imposing, deep-voiced character actor Clancy Brown (The Shawshank Redemption, Starship Troopers) terrifically embodying the eccentric mortician. The horror film’s vibe is campy, funny and at times, exceptionally gory. The message – every evildoer has his or her day. While the short stories themselves are not all that original or scary, the production values in The Mortuary Collection are top notch. The film is also well acted, with a lineup that includes Jacob Elordi (Euphoria, The Kissing Booth), Ema Horvath (What Lies Below) and Caitlin Fisher as the would be mortuary job applicant. The twisty ending is also great fun.

• The mortuary in the film is actually the Flavel House Museum in Astoria, Oregon, which was featured in the 1985 adventure comedy The Goonies. Millionaire maritime pilot George Flavel built the Queen Anne style house in 1885.

• Caitlin Fisher (Sam), who starred in writer/director Ryan Spindell’s short The Babysitter Murders (which is featured in the film), was seven months pregnant while filming some scenes. 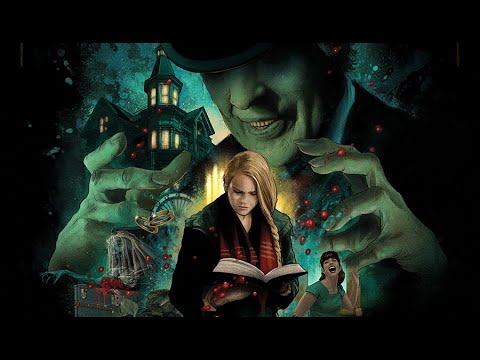