The Mitchells vs. The Machines

A quirky, dysfunctional family must learn how to reconnect and work together to save all of humanity after their cross country road trip is disrupted by a Terminator-like robot apocalypse, in this goofy Netflix family adventure/comedy from Sony Animation.

Abbi Jacobson (Broad City), Maya Rudolph and Danny McBride lead the voice cast in this charming, whip-smart story with dazzling animation and a huge heart. It really feels like a hand-drawn comic book come to life. Oscar-winner Olivia Colman (The Favourite, The Crown) is the standout amongst an impressive line-up of supporting characters, as the playfully annoyed smartphone AI technology trying to conquer the world. Writer/directors Michael Rianda and Jeff Lowe (Gravity Falls) also pay homage to a slew of iconic classics, including Ghostbusters, Tron, Dawn of the Dead, Kill Bill and of course, Terminator. The furby attack is hysterical.

At times the film relies a bit too much on its exhaustingly frenetic, eye-popping animation and overstays it’s nearly two hour runtime by about 20 minutes, but those are minor complaints for such a sweet, heartfelt story that also serves as a thought-provoking commentary about the importance of using technology to augment life, rather than replace actual living. • Monchi was played by Doug the Pug, an internet sensation with nearly 4 million Instagram followers. 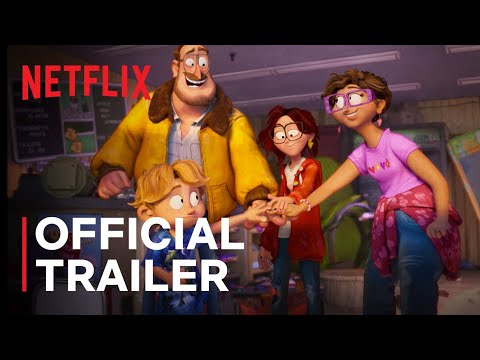