When a young couple’s car breaks down while traveling through a heavily-wooded, mine-infested forest in Bosnia-Herzegovina, the female half of the couple, a Muslim survivor of the Bosnian War, uses an amulet given to her by her late father to summon a mysterious entity for protection after she is captured by two Serbian kidnappers. Alma Terzec (In The Land of Blood and Honey) delivers a powerhouse performance in writer/director Yayo Herrero’s mind-trippy, visceral horror/thriller, which highlights the lingering effects of ethnic hatred, mistrust and paranoia. Skillful camerawork and an impressive physical and emotional transformation of the couple in peril results in a heart-poundingly intense film that is compelling and thought-provoking, despite a story that at times defies logic. 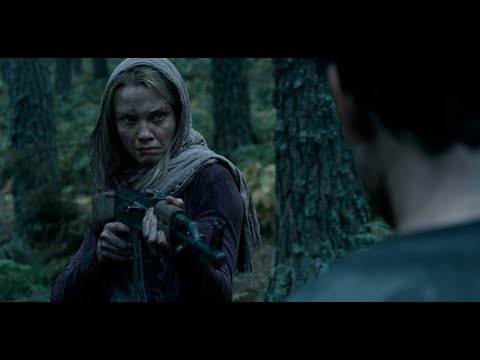