Kumail Nanjiani and Issa Rae star in this comedy about a bickering couple that is carjacked and witnesses a murder while en route to a house party in New Orleans. Convinced that they are going to be arrested for the slaying, they decide to go on the run and hunt for the killer, while repeatedly avoiding the police. (Seriously, this is the plot.)

Stupid story aside, if you’ve seen the trailer, then you have seen ALL of this screwball comedy’s handful of highlights, including several scenes that are replaced by less funny, alternate takes in the film. (Yeah, they actually did that.) Director Michael Showalter (The Big Sick) fails to inject even one moment of believability into this trite, clumsily constructed, profoundly unfunny story from writers Aaron Abrams and Brendan Gall. The duo may have been shooting for a knockoff of 2010’s Tina Fey/Steve Carell comedy Date Night, but instead The Lovebirds looks like it was gobbled up by 2019’s Cats. It is that bad.

Normally, Nanjiani and/or Rae would be funny enough to bring at least some spark to a subpar script. But here, they have zero onscreen chemistry. It is like watching two dueling stand-up comedy acts bomb simultaneously. Their characters repeatedly bicker during each dangerous moment, reciting awkward, improbable dialogue. None of the jokes land. The Lovebirds is lazy filmmaking at its worst.

• Paramount Pictures decided to release The Lovebirds on Netflix after the COVID-19 pandemic disrupted its planned April 3rd release in theaters.

• The Lovebirds is Issa Rae’s second movie of 2020 set in New Orleans, after The Photograph. 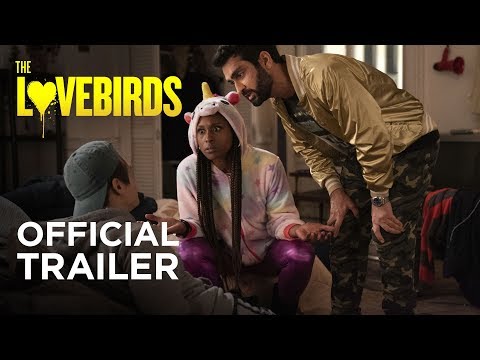