Riley Keough (Mad Max: Fury Road, It Comes at Night) stars in this clever psychological thriller about a young fiancée snowed in with her unwelcoming, soon-to-be two stepchildren in a remote cabin in the middle of nowhere. Just as they start to get to know each other, deeply unsettling, strange and terrifying events start to occur.

Prior to their arrival at the lodge, the kids discover that daddy’s girlfriend was, as a child, the sole survivor of a radical religious cult’s mass suicide – meaning she’s still dealing with some serious psychological/PTSD issues, which plays heavily into the story from Sergio Casci and Austrian directors Severin Fiala and Veronika Franz. Their film stylishly blurs reality and fantasy, leaving our main character, and us, wonderfully confused. Keough is exceptional, with strong, nuanced performances from Jaeden Martell (IT, Knives Out, Midnight Special) and Lia McHugh as the children, Richard Armitage (The Hobbit trilogy, Brain on Fire) as the father and Alicia Silverstone (Clueless) as the kids’ mother. An appropriately disturbing score and a claustrophobically dreary setting further accentuates the film’s almost stifling sense of dread.

Horror fans will recognize elements from the directors’ own relentlessly disturbing 2015 psychological thriller Goodnight Mommy, as well as more recent horror classics Hereditary, The Others and even The Shining. But they cleverly turn those elements on their heads, to keep those who think they’ve figured out the story in utter shock, right up to its dread-filled, horrifying (and unlike Hereditary) way more plausible ending. This ultimately is a movie about unresolved trauma – an exceptionally disturbing horror film that will stick with you long after you leave the theater.

• Riley Keough is the daughter of Lisa Marie Presley and the oldest grandchild of Elvis and Priscilla Presley. Her father Danny Keough appears in The Lodge as her character’s cult leader/father.

• Although the dollhouse diorama has strong parallels to Hereditary, oddly enough, The Lodge was actually in production prior to Hereditary’s 2018 release.

• Lia McHugh, who will star as Sprite in the upcoming Marvel superhero film The Eternals, also appeared with Alicia Silverstone in the 2018 TV comedy series American Woman, based on the life of Real Housewives of Beverly Hills star Kyle Richards. 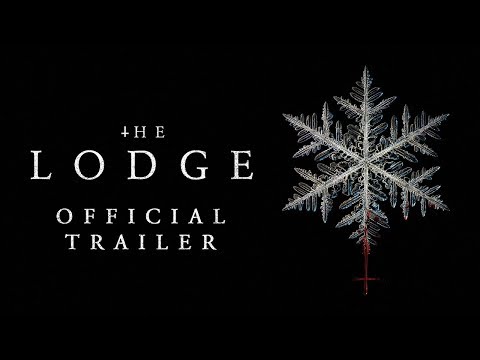