Sophia Loren stars in this remake of Madame Rosa, the 1977 Oscar winner for Best Foreign Language Film. This Italian adaptation, directed by Loren’s son Edoardo Ponti, also is based on Romain Gary’s 1975 novel “The Life Before Us,” about a Holocaust survivor and ex-prostitute who runs an ad-hoc boarding house for the children of prostitutes. Her life changes when she takes in a 12-year-old street kid who had recently robbed her.

While the story itself is nothing new, it is the captivating performances from its two stars that makes this adaptation so special, as Loren’s increasingly feeble Madame Rosa and young Ibrahima Gueye’s Momo form an unlikely, yet completely believable friendship. As director Ponti delves beneath the layers of their characters’ tough and prickly personalities, we see warmth, humor and tenderness, and it is absolutely beautiful. Loren quietly commands every scene, as does young Gueye.

Their strong performances are even further elevated by a strong supporting cast – Abril Zamora (Dangerous Moms) as Lola, a transgender former boxing champion who is Rosa’s friend and neighbor, and Babak Karimi (The Salesman, A Separation) as Hamil, Rosa’s shopkeeper friend who teaches Momo the importance of hard work and integrity. The Life Ahead is a sweet, realistic portrait of a young boy who learns to trust in and love others after being shown kindness, and is a compelling tearjerker worthy of Loren’s talent.

• The Life Ahead is 86-year-old Oscar winner Sophia Loren’s first acting role in 10 years and the third collaboration with her son, Edoardo Ponti.

• The Life Ahead was filmed under COVID-19 pandemic restrictions in Bari, Italy, with Laura Pausini singing the theme song “Seen (Io Si)” in the closing credits. Above is the English version. 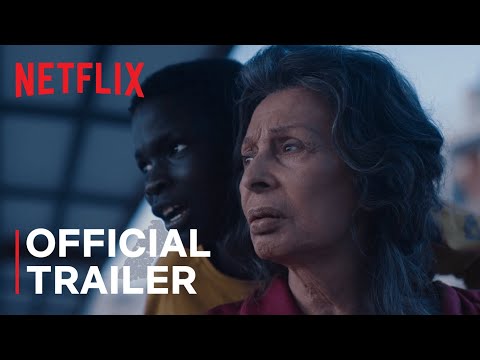