The Last Days on Mars

Liev Schreiber stars in this 2013 sci-fi/horror about a disaster threatening the crew of the first manned mission to Mars, just hours before they are set to return to Earth. It is based on the 1975 Sydney J. Bounds short story “The Animators.”

With a Martian setting that looks repurposed straight from 2015’s vastly superior sci-fi drama  The Martian, this is yet another lame, trope-filled knockoff of 1979’s iconic Alien (like The Martian, another Ridley Scott masterpiece), only this time it is unexplained, newly-discovered microbes, not aliens, that are doing the dirty work. As it turns out, these microbes turn the crew members into zombies – not the kind you think of from The Walking Dead, but rather, creatures that resemble the sleestaks from the 70s TV series, Land of the Lost. ?

It would be one thing if this mindless drivel was at least fun and entertaining, but the story is dreadfully dull, with uninteresting characters and action that is very hard to follow, thanks to some bizarre camerawork and dim lighting apparently intended to hide just how fake the monsters look. Schreiber and his fellow cast members – Olivia Williams (The Ghost Writer), Elias Koteas and British period drama queen Romola Garai (Atonement, Miss Marx) – should be mortified for being in such a disastrously awful, amateurish film.

• The Last Days on Mars was filmed in Wadi Rum, Jordan (same as The Martian) and Elstree Studios in Hertfordshire, England.

• When asked why she traded her more typical corsets for a spacesuit, Romola Garai said she “was very attracted to doing something different. It had a great cast attached when I auditioned for it and a really good director.”

• Olivia Williams (The Sixth Sense) replaced Sally Hawkins (The Shape of Water, Maudie) when she dropped out of the project. 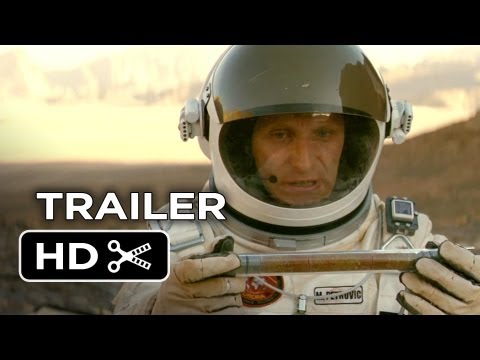