This documentary on HBO Max chronicles the ill-fated January 2020 cruise of the Diamond Princess, which became one of the first and largest initial outbreaks of COVID-19 outside of China. The cruise ship was stuck in quarantine for 40 days upon returning to Yokohama, Japan. This is their story.

Writer/director Hannah Olson incorporates smartphone videos from passengers and crewmembers in her riveting, 40-minute film. It starts with the initial overhead announcements from the captain of a viral outbreak. At first, life continues on as normal, as most passengers treat the infection as little more than a flu-type outbreak – an annoying inconvenience. Over the following days, we see the worry, frustration and panic set in. Health officials in hazmat suits become a regular site as deaths occur, and those onboard grapple with the increasingly dire situation.

The documentary offers a rare glimpse inside the two worlds – the passengers in their sunny cabins with balconies – and the crew members, working long hours for low pay, and living in cramped, shared, windowless cabins, which feel like overcrowded prison cells. While none of this is a surprise, it is noteworthy that apparently little was being done to repatriate the mostly Indonesian and Indian crew members until some bravely violated their work contract NDAs to broadcast their plight on global news media.

The documentary premieres amidst huge discrepancies in vaccine rollouts, with the United States and United Kingdom leading among the larger nations, as dozens of poorer countries have yet to see a single vaccine.  The Last Cruise is a powerful reminder that despite the nondiscriminatory nature of COVID-19, the haves stand a much greater of surviving than the have nots.

• Eventually 712 of the 3711 people onboard the Diamond Princess were diagnosed with COVID-19. 14 of them, all passengers, died.

• Research since the Diamond Princess outbreak has revealed that most COVID-19 transmissions occurred from spread from food service workers prior to passengers being confined their cabins. And nearly half of those infected were asymptomatic. 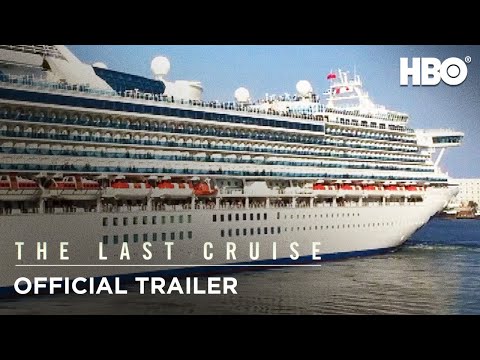