In this sequel to 2018’s charming Netflix rom-com juggernaut The Kissing Booth, Elle (Joey King) finds herself in her senior year of high school trying to navigate insecurities over her long distance relationship with boyfriend Noah (Jacob Elordi), now a freshman at Harvard, along with romantic temptation from a sexy new classmate. The film is based on the book series by Welsh young adult author Beth Reekles.

Co-writer/director Vince Marcello has assembled an equally sweet, feel good follow up to his 2018 rom-com that actually goes a bit more in-depth as it explores the challenges of long distance relationships and juggling friendships with new love interests. Besides all of the relationship drama, there is a LOT going on in The Kissing Booth 2 – a dance contest, nerve-wracking college admissions processes, an LGBTQ-themed subplot, high school dances and yes, the return of THAT kissing booth. King (The Conjuring, Wish Upon), Elordi (Euphoria) and Joel Courtney – as Noah’s little brother and Elle’s bestie, Lee – all give performances strong enough to make the immensely likable but really busy, two hour film believable.

Anyone who has ever experienced the emotional turmoil of a long distance relationship will find this film very relatable, despite a setting that at times is almost a little too sugary sweet and picture perfect. And no surprise – Netflix has already announced that there will be another sequel.

• Joey King and Jacob Elordi, who started dating during filming of The Kissing Booth, split in late 2018. Elordi has been linked to Euphoria co-star Zendaya after they were spotted kissing in February 2020 in New York.

• Netflix says The Kissing Booth was its most re-watched film of 2018.

• British-born Maisie Richardson-Sellers, who plays Noah’s best friend Chloe in The Kissing Booth 2, is best known for her roles in the two CW series The Originals and Legends of Tomorrow. 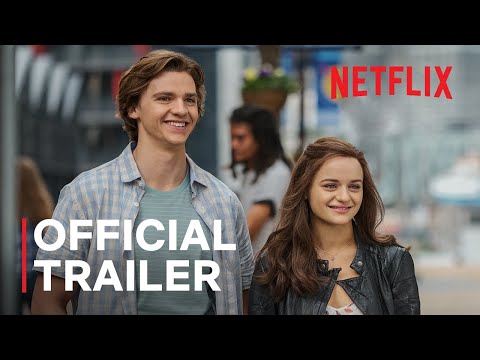