Elizabeth Moss (The Handmaid’s Tale) stars in this VERY heavily-altered adaptation of the classic 1897 H.G. Wells mystery thriller about a man who discovers the ability to make himself invisible. This more contemporary, sci-fi version, however, is actually more a major riff on 1991’s Sleeping With the Enemy, told from the perspective of Moss’ Cecilia, who flees a toxic relationship with a wealthy optics scientist who also happens to be a violent, narcissistic sociopath. When Cecilia later is told he has committed suicide, she is convinced it is an elaborate hoax and that he is alive and bent on revenge.

Although far-fetched, this hole-laden plot is mindlessly entertaining enough, as we spend the first half of the film trying to determine whether the movie trailer truly has given the entire plot away, or is actually a red herring, with poor Cecilia possibly having lost her PTSD-riddled mind after years of emotional and physical abuse. The psychological terror, isolation and paranoia experienced by Cecilia, who can’t get anyone to believe her, is not only palpable, but symbolic in this #metoo era.

Writer/director Leigh Whannell (Insidious: Chapter Three) loads his tale with an ample supply of shocks, twists and diabolical gaslighting moments and it has some pretty nifty special effects – it’s just that the story in between sometimes drags – there are only so many times we can see Moss scared out of her mind. The action does pick up in the big, messy finale. But then there is another finale that, while initially satisfying, is actually really silly. Pass the popcorn.

• Originally The Invisible Man was intended to be part of the Dark Universe franchise but after the failure of 2017’s The Mummy the franchise was jettisoned and this story became a standalone.

• Oliver Jackson-Cohen (The Haunting of Hill House) landed the titular role following rumors that  Armie Hammer and Alexander Skarsgård were being considered. 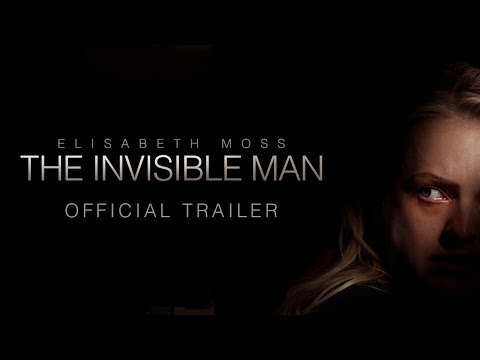