When a group of children at a Norwegian housing complex discover they have special telepathic and telekinetic powers to move objects, share and control thoughts, and feel one another’s experiences, playtime takes a strange and deadly turn, in this supernatural horror from Oscar-nominated Norwegian writer Eskil Vogt (The Worst Person in the World, Thelma), who also directs.

As nine-year-old Ida, talented newcomer Rakel Lenora Flottum leads the quartet of excellent child actors in The Innocents. Ida and her non-verbal autistic sister Anna (Alva Brynsmo Ramstad) soon make a couple of new friends – Ben (Sam Ashraf) and Aisha (Mina Yasmin Bremseth Asheim). Shortly after they realize their special powers in their secret world are heightened when they are physically together, they also discover that the boy in their group – ignored by his single mom and bullied by other children – is a burgeoning serial killer, which forces the three girls to band together to fight him. (Warning: there is a disturbing scene of him killing a cat.)

The biggest drawback of The Innocents is that it moves at a sluggish pace. Twenty minutes of editing throughout would have helped tremendously. Still, the cinematography – shot at the height of the children and from their smaller perspectives – is effective at making their world feel enormous and foreboding. Vogt has assembled a complex, introspective story, revealing how even unaware and absent parents shape the personalities of their children and the importance of friendships to navigate life’s challenges.

• Alva Brynsmo Ramstad, who plays the autistic sister Anna in the film, has a blue belt in kickboxing, and enjoys horseback riding, skating and snowboarding. The Innocents was her first film role. 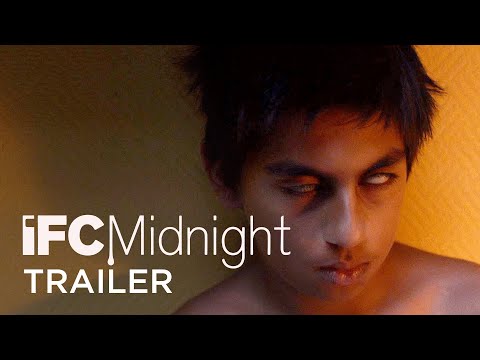