Matt Damon stars as a mercenary soldier who ends up battling alongside Chinese warriors when one of the world’s seven ancient wonders comes under attack by supernatural monsters. (Oh, so THAT’s why they built it. ?) Had the producers spent half as much time on an interesting, coherent story and good CGI as they did on color-coded costumes that resemble a live action version of the board game Risk, then it might have been spectacular. As it is, The Great Wall is a great big dud. And what is up with Damon’s weird accent? 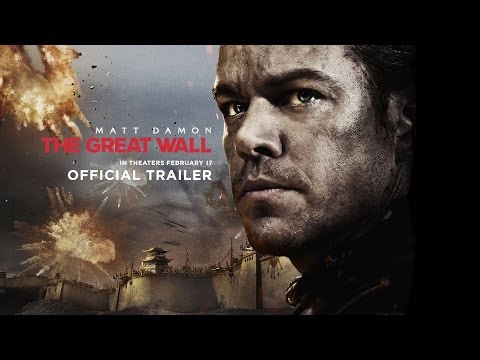