The Go-Go’s is the most successful all-girl band in music history – to this day it is the only female band whose members wrote their own songs and played their own instruments resulting in a number one hit album. This Showtime documentary is their story.

Director Alison Ellwood incorporates archival footage and interviews with current and former band members to chart the group’s conception, initially as a punk rock band that switched to pop; their drug-fueled, hard-partying meteoric rise to fame; and the squabbling over the huge pay disparities that led to their 1985 breakup after just three albums. (They of course have long since reunited.)

The documentary itself is a pretty straightforward tell. The magic however, is in the candid, no fucks to give attitude of the band members in sharing their insight of what went right – and all that went so, so wrong. From the hard-driving work ethic of drummer Gina Schock, the song-writing skills of then heroin addict Charlotte Caffey and chronically depressed Jane Wiedlin, whose departure from the band after their third album led to their breakup, they hold nothing back. Other band member highlights include lead singer Belinda Carlisle’s soul searching after the end of her subsequent solo career and Kathy Valentine’s vivid description of her three-day long coke binge where she learned all the songs to become their new bass player – an instrument that until then, she had never before played.

Fans of the group will love all of the fun, behind the scenes details, which raises the question: Why in the hell has the Rock and Roll Hall of Fame not admitted these pioneering women into their ranks?

• Coinciding with the film’s release, the Go-Go’s have released their first new single in nearly two decades – Club Zero. Songwriter Jane Wiedlin says the Zero Zero Club, an underground, 1980s after-hours Hollywood club, was her inspiration for the tune about female empowerment. 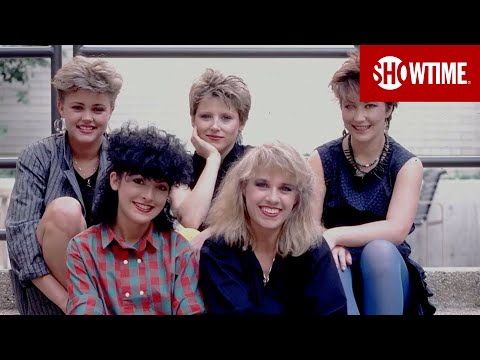