When Mickey, the kingpin of Great Britain’s illegal marijuana industry (Matthew McConaughey) decides to sell his empire, it sets off a completely bonkers power struggle among prospective buyers – with Mickey’s assistant (Charlie Hunnam) frequently left to clean up the mess.

Fans of writer/director Guy Ritchie (Lock, Stock and Two Smoking Barrels and Sherlock Holmes) will immediately recognize his quirky, wordy, Quentin Tarantino-esque style of storytelling in this modern day gangster comedy. The first half of the c-and-f-bomb laden tale is a slow moving, self indulgent mess – at times teetering on macho douchebaggery – but once Ritchie’s scattered Looney Tunes story finds its rhythm in the second half, it becomes an immensely enjoyable, stylish thrill ride.

While McConaughey (a double offender on our 10 Worst Films of 2019) and Hunnam (The Lost City of Z) are the film’s headliners, it is Hugh Grant who steals the show as the delightfully sleazy, opportunistic private investigator peddling his dirt to the highest bidder. Other notables: Colin Farrell as the boxing coach begrudgingly dragged into the drama by his YouTube obsessed students, and Michelle Dockery (Downton Abbey), who’s a knockout as Mickey’s sexy, clever wife who makes the cockney accent smokin’ hot – quite the stretch from her years as Lady Mary. The Gentlemen is a rollicking, mindless good time – one of Ritchie’s best movies in years.

• Hugh Grant and Matthew McConaughey had not met prior to, or even during filming of The Gentlemen.

• Guy Ritchie worked previously with with Charlie Hunnam in King Arthur: Legend of the Sword and with Hugh Grant in 2015’s The Man from U.N.C.L.E. 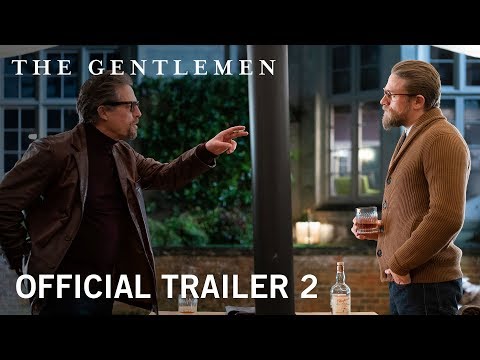