This early 18th century period satire is a lampoon of England’s Queen Anne (Olivia Colman), portrayed as a petulant, self-absorbed dullard more obsessed with eating cake and raising rabbits than winning her nation’s war with France. When the impoverished cousin (Emma Stone) of the Queen’s closest confidante (Rachel Weisz) shows up seeking a job, a vicious lovers triangle ensues over whom will become the Queen’s “favorite.”

All three lead actresses have fantastic chemistry together in this story very loosely based on the real life relationship between Queen Anne and Sarah Churchill (ancestor of Winston Churchill and Princess Diana). And director and film festival darling Yorgos Lanthimos, on the heels of his oddball art house comedy The Lobster, fills this “Queen’s Best Friend’s Race” with some hilariously obscene and surreal humor and clever dialogue, its crassness accentuated by the elegant period costumes, sky-high wigs, painted faces, and a spot-on score and set design.

But the film’s moral messages, that people are basically rotten, cruel and selfish, and that every choice comes at a terrible price, grow tiresome by the time the film’s tedious last half hour finally sputters to a disappointingly listless finale.

• Director Yorgos Lanthimos, Olivia Colman (Murder on the Orient Express) and Rachel Weisz also worked together in 2015’s The Lobster

• Lanthimos took some dramatic liberties portraying Queen Anne as a rabbit hoarder and a lesbian. There is no proof that she was either, although it is true that she lost 17 children through miscarriages, stillbirths and early illnesses, and likely herself suffered from lupus

• Olivia Colman will take over from Claire Foy, portraying Queen Elizabeth in 2019’s Season 3 of Netflix’s The Crown 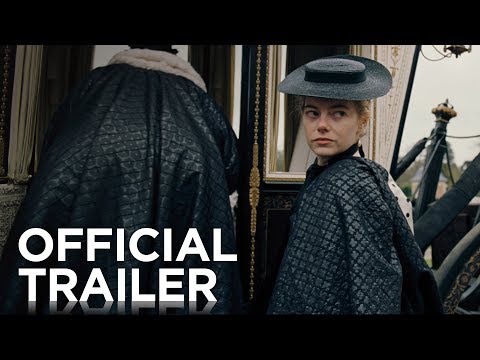