Anthony Hopkins and Olivia Colman star in this heartbreaking drama about a man losing his grip on reality due to dementia. Writer/director Florian Zeller’s 2012 French play – adapted with Christopher Hampton (Atonement, Dangerous Liasons) – is told mostly from his protagonist’s increasingly disoriented, factually-murky perspective.

Anthony Hopkins, 83, gives a career-defining, masterclass performance – expressing confusion, rage and despair over a never-ending nightmare of changing circumstances. He is distraught as the familiarity of his home – his safe space – cruelly slips away. You really get a feel for what it is like to experience dementia. Olivia Colman is also excellent, although Zeller’s inclusion of her character’s perspective, as his worried daughter, does cloud the narrative a bit. Olivia Williams (The Ghost Writer) is also exceptional.

The Father is unsettling, its ever-present feeling of disorientation on par with recent end of life films Amour and Still Alice. For a stage play adapted to film, the production design’s changing interiors – some subtle, others more shocking and sudden – are very cleverly done. The Father is absolutely gut wrenching and will hit close to home for anyone whom has experienced the loss of a loved one to dementia.

• For the film, Florian Zeller named his main character Anthony, sending Anthony Hopkins the script in 2017 with the hope he would accept the role.

• The Father marks the second time that a role Frank Langella played on stage has been played on film by Anthony Hopkins. The first was Richard Nixon in 1995’s Nixon. (Langella reprised his performance in 2008’s Frost/Nixon.) 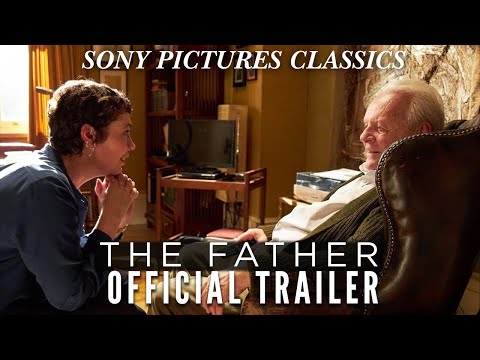