Ever since Dwight Eisenhower in 1956, the current U.S. President has held a National Prayer Breakfast each year in Washington DC. What many people (including many attendees) didn’t know until now is that the event was the brainchild of Doug Coe, a Christian fundamentalist who, prior to his death in 2017, worked behind the scenes in American politics for decades as the head of an influential, enigmatic Christian group called The Fellowship. This five part Netflix series explores the group’s efforts to secretly solidify power and bridge the gap between church and state in the U.S. and abroad.

Based on two novels by Co-executive Producer Jeff Sharlet, a former resident of one of The Fellowship’s cult-like, frat houses for Jesus in Northern Virginia, the program features interviews and re-enactments to show the galling sense of entitlement by its members (including two who brazenly continue their political careers despite extramarital affairs). The series also explores The Family’s infiltration into the highest levels of federal, state and local governments, as well as its cozying up to leaders in African and Eastern European countries to spread its anti-LGTBQ agenda – with many of those religious trips subsidized by U.S. taxpayer dollars.

Executive Producer Alex Gibney (Enron: The Smartest Guys in the Room, Going Clear: Scientology and the Prison of Belief, Zero Days) has produced some outstanding documentaries over the years, however, this one could have benefited from more focus on the subject matter it wanted to flesh out. Instead, we get a rightfully disturbing documentary that unfortunately raises more questions than it answers and frustratingly, barely scratches the surface.

• Several disgraced former U.S. lawmakers who are members of The Fellowship include: Nevada Senator Mark Ensign and former South Carolina Governor Mark Sanford, both of whom were involved in extramarital affairs, and former Michigan Congressman Mark Siljander, who was sentenced to a year in prison in 2012 for accepting stolen funds from a charity with ties to terrorism.

• Oklahoma Senator Jim Inhofe, whom is considered openly hostile to LGBTQ advocacy groups, rejects scientific consensus on climate change and has proposed an amendment to make English the national language of the United States, says he has made more than 140 trips to Africa in his political career, using many of those taxpayer-funded trips for activities on behalf of The Fellowship. 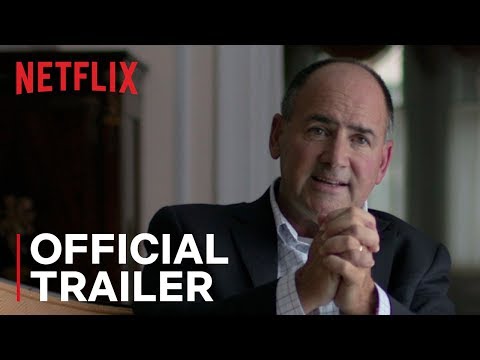