If you blow into a bottle on a bridge, “The Empty Man” will come find you and claim your soul in three days. Such is the initial premise of this very bizarre and surreal horror/mystery, set in the Missouri countryside. It is based on Cullen Bunn and Vanesa R. Del Rey’s “The Empty Man” comic book series.

Imagine a film that starts off as a silly ripoff of the horrendously awful The Bye Bye Man (which topped our 10 Worst Movies of 2017 list) or any of the many countless other, “summon him and he will come” type horror flicks. But then, halfway in, it evolves into some sort of secret doomsday cult story with a hoards of local teenagers killing themselves to please an entity that has possessed a man during a visit to Bhutan. This is The Empty Man.

Writer/director David Prior clearly swung for the fences with this wildly ambitious effort but despite plenty of well produced, visually creepy moments – and an admittedly chilling 22 minute opening scene set in Bhutan – his overall result is just plain weird, ultimately boring and utterly nonsensical. At nearly two and half hours, it is also way too long.

James Badge Dale, as the former cop trying to make sense of what is happening, leads a cast that includes Stephen Root (Barry, Bombshell) as the cult spiritual leader, Marin Ireland (The Dark and the Wicked) as his neighbor, and Scarlett Johansson lookalike Sasha Frolova (Red Sparrow) as her mysterious daughter. It’s just a shame there wasn’t more there, there.

• The Empty Man was filmed in 2017 and sat on the shelves for several years before a quick theatrical release and arrival on the streaming platforms.

• In the film when James Badge Dale’s character enters The Pontifex Institute, the camera lingers on a painting in the hallway that shows the cabin in Bhutan where the hikers took shelter at the start of the film. 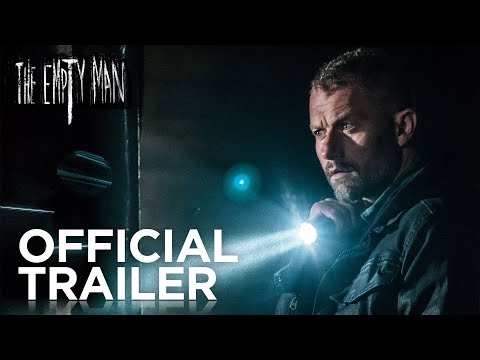