A young woman committed to a psychiatric hospital in rural Georgia claims her newborn infant has been stolen by a creepy cult seeking to harvest his supernatural blood. Is she crazy? Or did it really happen? These are just some of many questions posed by this indie mystery/thriller.

This is a story packed to the gills with plot elements – childhood trauma, mental illness, mental telepathy, a mysterious cult and a frustrating mental health system. Despite this kitchen sink of drama, the story from director Dan Bush (The Signal) and co-star Conal Byrne is still a pretty suspenseful one. Its secret sauce – April Billingsley (The Outsider), who is nothing short of amazing as the troubled young woman sorting through a laundry list of obstacles to try to reunite with her baby and seek revenge on the kidnappers.

Despite some wild plot gyrations and a few hokey moments, Bush does a fine job of sticking to his main concept – that the star’s perceived schizophrenia may instead be a supernatural power that enables her to hear other people’s thoughts. The flashbacks between the main narrative and the patient-doctor sessions is a bit of a distraction from the action, but even so, this is one entertaining low budget indie worth checking out.

• On October 26, 2014, Georgia-born April Billingsley appeared in Season 5 of The Walking Dead as Theresa, a cannibal who gets her face bashed in by Michonne. Ten minutes later, Billingsley’s character Barbara gets killed off in the TV series Resurrection. Double ouch!

• Director Dan Bush was one of three writer/directors of the 2007 horror film The Signal, a three chapter film about a static-like interference through television, radio and telephones that causes people to become violent.

• Actress Kelsey Scott is best known for her role of Felicia in HBO’s Insecure, and Rose in How to Get Away with Murder. She also appeared in 2013’s 12 Years a Slave. 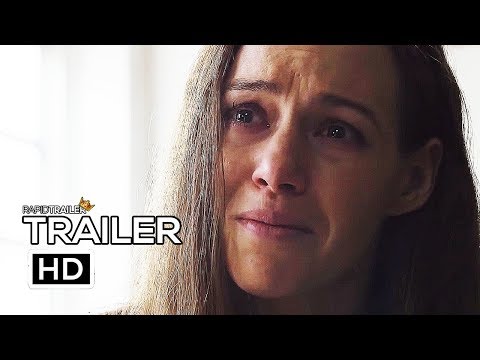