When rural villagers in late 19th century France slaughter a visiting Roma clan over a land dispute, a deadly, supernatural curse is unleashed upon them and their children. As the death toll rises, a handsome pathologist arrives with a possible solution to save them, in this period horror/fantasy.

Writer/director/cinematographer Sean Ellis (The Anthropoid) thankfully ignores the tired clichés of humans transforming into werewolves, instead going for a fresh take on the legend, with haunting period visuals and some gnarly body horror that will shock even the most hardened gore aficionados. The Cursed plops you right in the middle of its fog enshrouded, dimly lit horror with plenty of well-paced scares. The opening massacre in particular is shockingly grisly and realistic.

Boyd Holbrook (Logan, Narcos) stars as the pathologist, with Kelly Reilly (Yellowstone) and Alistair Petrie (Rogue One: A Star Wars Story) as the land barons trying to survive not only a cholera pandemic but also escape being torn to bits by vengeful wearwolves. The only real weak spots in The Cursed are a thin, predictable story and a couple of WWI battle scenes set 35 years into the future that bookend the narrative without really progressing the story. But the tale, about offspring brutally paying for the sins of their elders, is a frighteningly good time.

• Filmed in Cognac, France, The Cursed was originally titled Eight for Silver.

• Writer/director Sean Ellis was nominated for an Oscar for his 2004 short film Cashback.

• Boyd Holbrook, a former model for Gucci, Hugo Boss and Versace, was discovered while working part-time as a carpenter at a community theater in Prestonsburg, Kentucky. 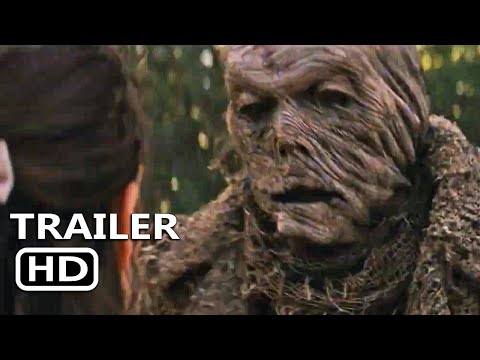