The Current War – The Director’s Cut

In the late 1800s, there was an epic battle between electricity titans Thomas Edison and George Westinghouse to determine whose new system – Edison’s DC or Westinghouse’s AC – would power America’s cities. Benedict Cumberbatch and Michael Shannon star as those titans in this period drama, with Nicholas Hoult as Nikola Tesla, the Serbian inventor who worked with each and whose concepts would prove pivotal in the final outcome. The story culminates with the big reveal of the winning bid to light up the all-important 1893 Chicago World’s Fair.

Salvaged from the heavy-handed clutches of former movie mogul Harvey Weinstein, this newly-re-edited “director’s cut” from Alfonso Gomez-Rejon (Me And Earl and the Dying Girl) features new scenes, a visually-appealing, faster-paced storyline, and a frenetic score, giving well-deserved gravitas and color to the greatest achievement in human history. While watching inventors fight over technology is not exactly riveting (unless you are an inventor), having such an impressive cast, which also includes Tom Holland (Spider-Man: Far From Home) as Edison’s cautionary assistant, and Katherine Waterston (Fantastic Beasts and Where to Find Them) as Westinghouse’s inspiring wife, certainly helps.

Despite its faster pacing, the mostly accurate story still lags a bit in the second act, with a bit too much focus on Edison’s claims that Westinghouse’s AC power was dangerous and political intrigue over the nation’s first death penalty by electrocution. Still, the film manages to make its admittedly dry but important subject about as intriguing and inspiring as possible.

• Despite a disastrous premier at the Toronto International Film Festival (TIFF) in September 2017, The Current War’s originally planned November 2017 release was shelved after the Harvey Weinstein sex scandal broke a month prior. The film was sold and ultimately director Alfonso Gomez-Rejon was able to re-edit his film to match his (and not Weinstein’s) vision, quickening its pacing and shooting several new scenes to add Edison’s backstory and flesh out Tesla’s story.

• Michael Shannon replaced Jake Gyllenhaal as George Westinghouse after Gyllenhaal dropped out of the project. 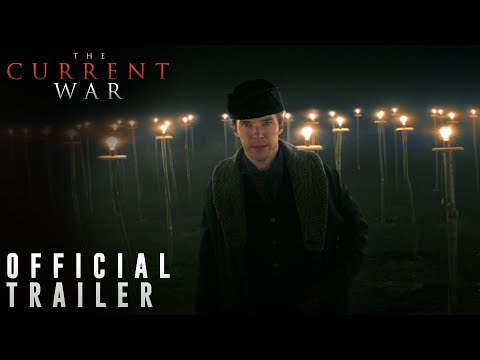