This spy thriller is based on the true story of Greville Wynne, the unlikely British salesman turned spy who helped end the 1962 Cuban Missile Crisis and avert a nuclear war between the U.S. and Soviet Union. Information he smuggled out of Moscow helped then President John F. Kennedy learn that the Soviet Union was putting nuclear warheads in Cuba.

The Courier is a good old fashioned spy thriller, done in a style that even feels like it was shot in the early 1960s. Benedict Cumberbatch gives yet another solid performance, with a strong supporting cast that includes Rachel Brosnahan (The Marvelous Mrs. Maisel) as his CIA operative and Merab Ninidze (Homeland, McMafia) as the Russian source Oleg Penkovsky.

There are a few slow spots and at times all the cloak and dagger bravado becomes a bit tedious. But director Dominic Cooke (On Chesil Beach) uses a a top notch production design and a taut story to  assemble a fitting tribute to the memories of the two men whose unheralded bravery helped avert a global nuclear war.

• The Courier is Benedict Cumberbatch’s third spy film centered around British MI6 Intelligence, after 2011’s Tinker Tailor Soldier Spy and 2014’s The Imitation Game, which he played Alan Turing, inventor of the Enigma spy decoding machine, a similar variation of which is used in The Courier.

• Writer Tom O’Connor steered clear of Greville Wynne’s 1967 autobiography “The Man From Moscow: The Story of Wynne and Penkovsky,” since several of Wynne’s claims in his book had been discredited as impossible to be real.

• Benedict Cumberbatch lost 21 lbs during production for some key scenes towards the end of the film. 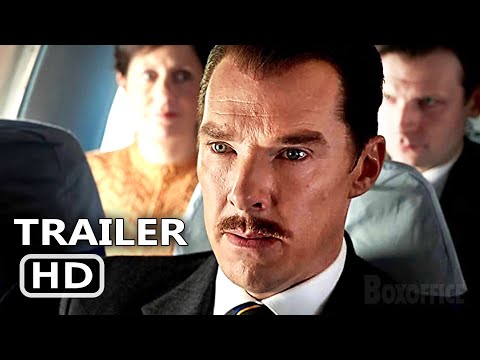