Chris Pine stars in this action/thriller about a U.S. Special Forces sergeant who, after being involuntarily discharged, becomes a mercenary to support his family. His first mission, however, goes terribly sideways, exposing a sinister element which forces him to go on the run from his would-be new boss, who is trying to kill him before he can expose the group’s criminal activity.

At first glance, The Contractor has the makings of a solid action/thriller, with big budget effects and a big name cast that also includes Ben Foster (Hell or High Water, Hostiles, 3:10 to Yuma) and Kiefer Sutherland (Designated Survivor, 24). But the screenplay from J.P. Davis (Fighting Tommy Riley) is itself so poorly constructed and with so many nonsensical elements that it’s often difficult to make sense of what director Tarik Saleh (The Nile Hilton Incident) is trying to show us, even with a cast that often overacts, likely in a futile attempt to distract from the film’s blandness and feeble writing.

The women in the film, Gillian Jacobs (the Fear Street trilogy, Community) as the protagonist’s stay-at-home wife and Nina Hoss (Homeland) as one of the mercenaries, are relegated to an embarrassingly small amount of screentime. Clearly this is a film with a target audience – older viewers who just want to see guys duke it out in a drastically dumbed-down version of a Tom Clancy spy thriller. Those wanting a mindless, macho action flick may find The Contractor a quick, and quickly forgettable watch. Those looking for anything more should keep on looking.

• The Contractor is the third film Chris Pine and Ben Foster have acted in together, after 2016’s The Finest Hours and 2016’s Hell of High Water. • The Contractor was filmed in Bucharest, Romania and Atlanta. 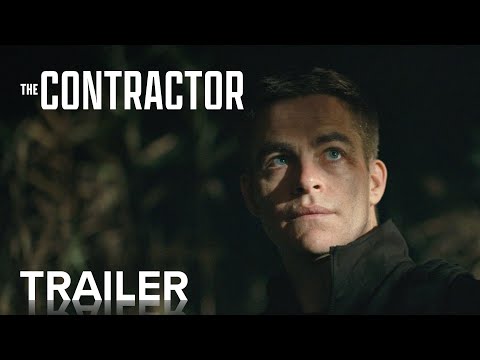