The Bee Gees: How Can You Mend a Broken Heart

The Bee Gees is the third most successful band in Billboard charts history, after the Beatles and the Supremes. This HBO Max documentary is an extremely thorough, conventional narrative about the rise of the UK-born, Australian-raised trio of brothers that, after riding the wave of Beatlemania in the 1960s, reinvented themselves in the mid-70s to become the “Kings of Disco.”

Screenwriter Mark Monroe (The Cove, Icarus) and director Frank Marshall seemlessly weave interviews with Barry and surviving band members with lots of never before seen, archival footage and interviews from his late brothers Robin, Maurice, and Andy. It gives the documentary a timelessness and freshness that otherwise could easily have been lacking, given that Barry, at 74, is the sole surviving Gibb brother.

Fans will love hearing details about the songwriting inspirations behind hits such as “Jive Talkin’,” “Stayin’ Alive” and “The Nights on Broadway,” as well as what lead to the group’s iconic, falsetto sound. Although the film sticks mostly to the career highs and lows and avoids much of their personal lives, it does touch on Maurice’s role as intermediary between his strong-willed lead singing brothers, the isolating effects that fame had on them, and younger brother Andy’s drug problems and death in 1988 from heart failure brought on by years of cocaine abuse.

One particularly poignant moment occurs when former Bee Gees keyboardist Blue Weaver describes the impact the song “How Deep Is Your Love?” had on him. It is one of those rare, revelatory moments when you see inside the heart of an artist, and it is beautiful. The third act serves as a reminder of the group’s own third career act, turning out hit songs for other performers. The Bee Gees: How Can You Mend a Broken Heart is the heartfelt, feel good documentary that the Bee Gees justly deserve.

• The Saturday Night Fever soundtrack is the second-biggest selling soundtrack of all time, after Whitney Houston’s 1992 soundtrack for The Bodyguard. The album featured ten hit singles and won five Grammys, including Album of the Year, the only disco album ever to do so.

• The Bee Gees wrote more than 1000 songs, including 20 #1 singles in the United States and United Kingdom. At least 2500 artists have recorded their songs. One not mentioned in the documentary: “Grease,” sung by Frankie Valli in the hit 1978 film.

• The Bee Gees: How Can You Mend a Broken Heart director Frank Marshall is better known in Hollywood as being the producer of such hit films as Raiders of the Lost Ark, The Girl on the Train, Signs, Sully, and Jurassic World. 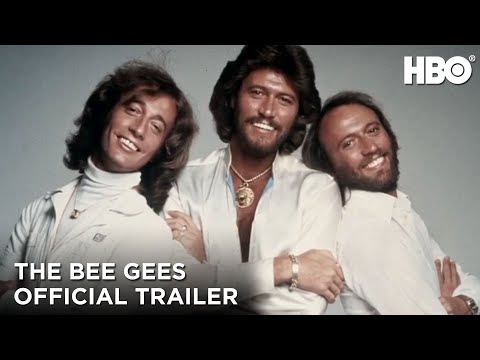