Andy Warhol is the most iconic American pop artist of the 20th century. This Ryan Murphy produced Netflix miniseries demystifies the private life of the elusive, late artist. It is based on his own journals, The Andy Warhol Diaries, which were edited and published by Warhol’s longtime friend and collaborator, Pat Hackett, after Warhol’s death following gall bladder surgery in 1987.

Director Andrew Rossi’s six episode series starts off with a whirlwind primer on the importance of Warhol’s contributions to the contemporary art world and the 1968 assassination attempt on his life. Then Rossi jumps in head first, focusing on Warhol’s childhood as an effeminate outcast in Pittsburgh, his reinvention of himself in New York City and the romantic relationships that influenced his art.

Excerpts from Warhol’s diaries are read via an AI computer that sounds impressively like Warhol, blended with interviews from colleagues, historians and friends such as Rob Lowe, Jerry Hall and John Waters. The Andy Warhol Diaries is highly immersive, sometimes exhaustingly so. We learn a lot about Warhol, his lifelong loneliness and his crippling insecurities about being gay and feeling unattractive that plagued his life. So many people close to Warhol died when they were young. And interestingly, his two significant relationships were with men who each had identical twin brothers. We hear from their brothers.

Showcasing a fantastic wealth of archival content and insightful interviews set to a beautiful, nostalgic piano score, the series is extremely well done. The first few episodes provide a fascinating time capsule, with later episodes examining the profound, and then unknown effect the AIDS crisis of the 1980s had on the artist whose greatest work perhaps was making himself an enduring work of art.

• Andy Warhol is buried next to his parents in the St. John the Baptist Byzantine Catholic Cemetery in Bethel Park, Pennsylvania.

• The Factory, the art studio where Warhol got his inspiration, was often frequented by celebrities, drag queens, hustlers and drug addicts. 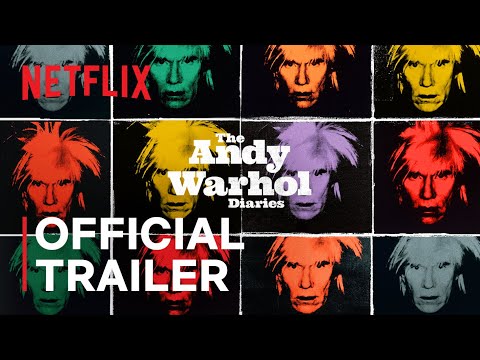