What starts off as a normal day at an amusement park turns into a hellish nightmare, in this recently rediscovered, refurbished psychological thriller from iconic horror director George Romero (Night of the Living Dead). Romero, who watched the 53-minute anti-ageism PSA with his wife after she found it just weeks before his death in 2017, leaves us a surreal, absurdist biting social commentary about the mistreatment of the elderly.

Shot in 1973 in 16mm at the now long-defunct West View Park in Pennsylvania, narrator and star Lincoln Maazel experiences a myriad of injustices associated with aging. The park requires that visitors pass an eye exam to retain their drivers license. Those surviving a bumper car crash are belittled by police and other drivers. Our protagonist is constantly pursued on the carousel by the grim reaper. On its face, it sounds sort of funny but the way it is presented, it is absurd and horrifying. Other highlights involve a fortune teller sending a young couple into despair after revealing the abysmal health care and living conditions they will endure in old age, and elderly guests being herded into a “fun house,” only to realize that it actually is a nursing home.

Okay, so the metaphors are glaringly obvious and the performances amateurish, sort of like an anti-ageism version of the 1936 anti-marijuana film Reefer Madness. But whereas that film was unintentionally hilarious, this one definitely is more somber, its message as true today as it was when it was filmed nearly 50 years ago. Romero aficionados will love seeing elements of his 1968 classic Night of the Living Dead on display here. The ending is both chilling and thought-provoking – a reminder that those nearing the end of their lives deserve so much better than to be ignored, disrespected and dehumanized.

• Following the film’s restoration, The Amusement Park premiered in Pittsburgh on October 12, 2019. Shudder released the refurbished film on its streaming platform on June 8, 2021.

• Oddly enough, The Amusement Park narrator and star Lincoln Maazel lived to the age of 106, dying in 2009 at his son’s farm in Castleton, Virginia. Starting his acting career at age 56, the former vaudeville entertainer and classically-trained singer was 70 when The Amusement Park was filmed. He would later appear in Romero’s 1978 psychological horror Martin. 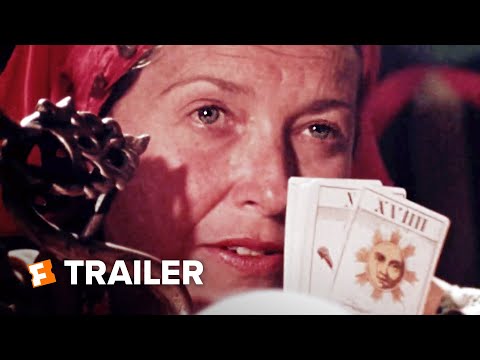