This Norwegian war drama is based on the inspiring but harrowing true story of national folk hero Jan Baalsrud, the lone survivor of Operation Martin, a 12-man resistance mission to blow up a Nazi air traffic control tower in occupied Norway. It chronicles his incredible, two month odyssey in the Spring of 1943 to evade the Nazis and escape to Sweden.

In addition to the harsh conditions that Baalsrud endured, the film also focuses on the incredibly brave Norwegian civilians and resistance fighters who risked their lives to help get Baalsrud to safety. He became a symbol of Norwegian pride. There is an unfathomable amount of suffering in this film. Baalsrud survives being shot, snow blindness, an avalanche, cutting off his own gangrenous, frostbitten toes, starvation and a blizzard. It is not for the squeamish.

But as WWII films go, this passion project from director Harald Zwart (Agent Cody Banks) is a rousing crowd pleaser. Norwegian hip hop star Thomas Gullestad, in his big screen debut, does an astounding job capturing the human will to overcome harsh and increasingly bleak circumstances. Mads Sjøgård Pettersen and Marie Blokhus are also compelling as two of Baalsrud’s many helpers. Jonathan Rhys Meyers is a bit more cartoonish as the dead-eyed Kurt Stage, the intense Nazi officer hellbent on finding him. The 12th Man is loaded with intense action, gorgeous Norwegian landscapes, and a rousing score – a fitting big budget production for a Norwegian icon.

• In 1962, Jan Baalsrud moved to the Canary Islands, returning to Norway during his final years before his death at age 71 on December 30, 1988. His ashes are buried in Manndalen, in a grave shared with Aslak Fossvoll, one of the local men who helped him escape to Sweden in 1943, just weeks before his own death.

• Norwegian hip hop star Thomas Gullestad lost 33 pounds (15kg) in just eight weeks for the role, at one point suffering frostbite when he was buried in the snow without gloves in temperatures of -22 degrees fahrenheit (-30 degrees celsius).

• Jonathan Rhys Meyers (Vikings, The Tudors, 6 Souls) doesn’t speak German at all and had to learn his lines in just two months. 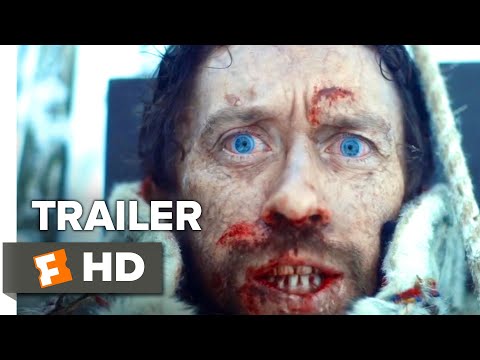