When a bunch of annoying social media influencers try to turn his remote Texas town into a hipster tourist destination, Leatherface begins a new killing rampage in this Netflix sequel to the iconic 1974 slasher horror, The Texas Chainsaw Massacre.

With a one-dimensional set that looks borrowed from an old Western, a non-existent plot, and a lineup of really unlikable characters, Texas Chainsaw Massacre has all the depth of a brainless, ridiculously gory video game. The cast includes Sarah Yarkin (Happy Death Day 2U) and Elsie Fisher (Eighth Grade), with Alice Krige (Silent Hill) making a brief appearance as Leatherface’s mother.

The best scene in the movie? When hipsters on a party bus whip out their smartphones to live stream and “cancel” the approaching, chainsaw-wielding Leatherface.

Despite that chuckle and lots of gnarly kills for gore aficionados, there just isn’t much to this pointless slasher sequel. But at just an hour and 20 minutes, at least it doesn’t overstay its welcome.

• Texas Chainsaw Massacre is the first sequel in the franchise to have the original film’s main character Sally played by Olwen Fouéré (Mandy, The Survivalist). Marilyn Burns, the original Sally, died in her sleep at her home in Austin, Texas in 2014 at age 65.

• Texas Chainsaw Massacre was filmed in Bulgaria in August 2020, during the COVID-19 pandemic.

• 1974’s The Texas Chainsaw Massacre, directed by the late Tobe Hooper on a $140k budget, made a massive $30 million dollars and is considered one of the best slasher films of the horror genre. 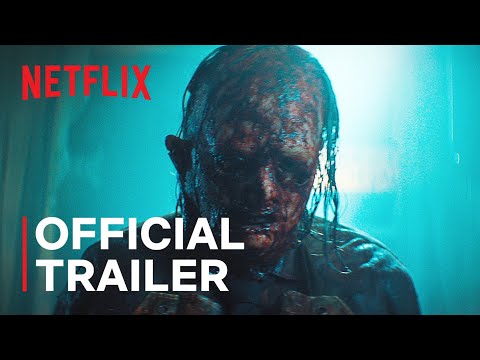