Elle Fanning is Violet Valenski, the shy daughter of a Polish immigrant living on Britain’s tiny Isle of Wight who dreams of escaping her bleak life for superstardom when she enters the the nation’s globally-televised “Teen Spirit” singing contest. A chance meeting with a washed up Croatian opera star teaches Violet some essential lessons, not only about performing on stage, but performing in life.

Despite a predictable, so-so script and some disappointingly amateurish production values (the stage of a global singing competition shouldn’t look like it is taking place in a smoke-filled pub), the charismatic Fanning is captivating in this quirky indie film as the soulful, wannabe superstar. And who knew – she can sing!

The supporting cast – Agnieszka Growchowska as her overly-cautious mother, and Zlatko Buric as her unlikely mentor – add perspective as fellow outsiders who’ve fallen short of success in a dog-eat-dog world. And writer/director Max Minghella, in his directorial debut, keeps the story’s pacing moving well enough to make the film an entertaining good time.

• Most of writer/director Max Minghella’s movie credits are as an actor (The Handmaid’s Tale, Into The Forest)

• Minghella, the son of the late Oscar-winning director Anthony Minghella (The English Patient), says he got the inspiration for the story from Swedish pop singer Robyn’s song “Dancing On My Own”

• When Elle Fanning was named a jury member at the 2019 Cannes Film Festival she became the event’s youngest juror ever, at 21. 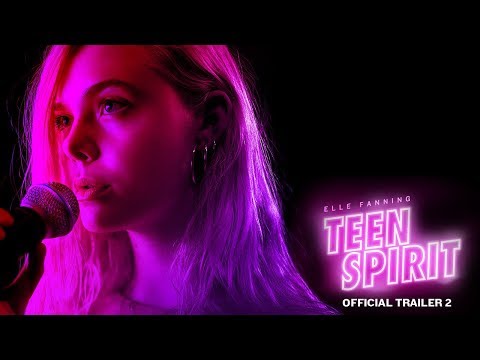