After coming across a series of bizarre drug overdoses, two New Orleans paramedics, longtime friends, discover a mysterious synthetic drug that alters time and space, in this mind-bending sci-fi/thriller. When the oldest daughter of one the EMTs (Jamie Dornan) disappears, the other (Anthony Mackie) uses the drug, Synchronic, to travel back in time to try to rescue her.

Despite a lengthy set up, and an at times meandering story, directors Justin Benson and Aaron Moorhead (The Endless) have concocted a thought-provoking and pretty fascinating premise that evolves from horror to sci-fi/thriller. Mackie (The Falcon and the Winter Soldier), as the terminally-ill medic, uses the drug to travel back in time to various points in New Orleans’ natural history – among them, when it was an alligator-filled swamp explored by Spanish conquistadors, during the ice age, and during the pre-Civil War slave era. It’s a pretty trippy trip through time.

Creative camerawork, impressive visual effects and an ominous score creates a mysterious, noirish mood throughout Synchronic, helping to offset some sloppiness in the story’s execution. The result – a pretty stylish and entertaining sci-fi/thriller.

• Synchronic was filmed in Anthony Mackie’s hometown of New Orleans.

• At an hour and 20 minutes into the film, the main characters sit in front of the Brevard-Clapp House at 1239 First Street, which was formerly owned by horror novelist Anne Rice (Interview with the Vampire, Queen of the Damned).

• Directors Justin Benson and Aaron Moorhead have developed a cult following for creating mind-bending films since their respective 2012 and 2017 sci-fi/mysteries Resolution and The Endless, the latter which they also both starred in. 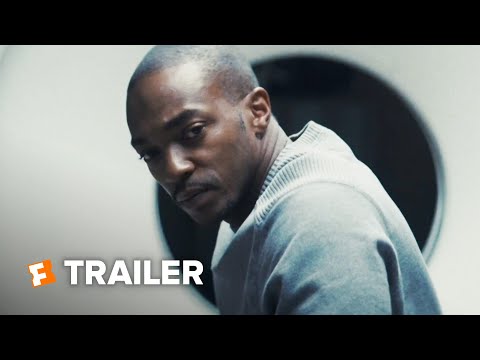