Pat Pitsenbarger is a retired hairstylist who breaks out of his nursing home in Sandusky, Ohio after learning that his former, longtime client and best friend has just died and requested in her will that he style her for her funeral.  The film is a tribute to the real Pat Pitsenbarger, who died in 2012.

Swan Song is droll, hilarious and ultimately very touching – a wistful, memory-filled love letter to every gay man whom has outlived his friends and lovers to reach old age. During his trek through town, Pat makes several visits – to the grave of his partner who died of AIDS in 1995, to the spot where his home once stood, to his former prodigy turned rival (Jennifer Coolidge), and to the home of his client (Linda Evans – yes, the one from Dynasty) and finally, to the soon-to-close gay bar that he and his partner had helped establish decades earlier. The gay world Pat once knew is gone, replaced by the ghosts of his past.

German character actor Udo Kier (The Painted Bird, Melancholia), in a career-defining performance, injects his quirky and immensely charming personality into a role that quite simply IS him. We see Pat gradually regain his flamboyant sparkle as he remembers the lives he has touched and again reconnects with the world. It features a superb soundtrack and clever dialogue from writer/director Todd Stephens that quickly shifts from subtly hilarious to incredibly moving. Swan Song will stay with you long after the credits roll, especially if you are an older member of the LGBTQ community who remembers what gay life used to be.

• Writer/director Todd Stephens says as a young person, he always admired Pat Pitsenbarger while  growing up in Sandusky, and wanted his film to pay tribute to him and all the other small town LGBTQ trailblazers in the 1970s and 80s that had the courage to be out and proud.

• Todd Stephens’ first film was his 1988 autobiographical coming out story, Edge of Seventeen, which was filmed in Sandusky, Ohio.

• 76-year-old Udo Kier has had an astoundingly prolific 55 year career, appearing in more than 220 films, ranging from mainstream movies such as Ace Ventura: Pet Detective and Armageddon, to  arthouse films from directors such as Lars von Trier (Melancholia, Dogville), Gus van Sant (My Own Private Idaho), Werner Herzog (My Son, My Son, What Have Ye Done) and Dario Argento (Suspiria). Kier even appeared in Madonna’s 1992 music videos Erotica and Deeper and Deeper. He currently lives in Palm Springs, CA. 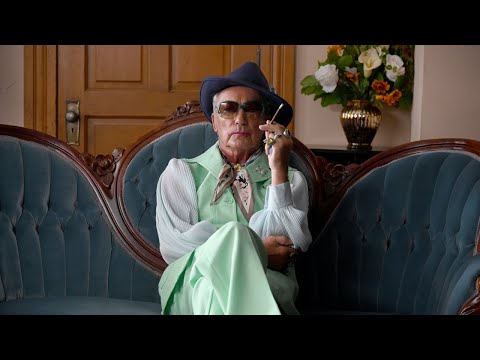