Star Wars: The Rise of Skywalker

This ninth and final installment of the Star Wars Skywalker saga has Jedi warrior Rey (Daisy Ridley) preparing for the inevitable battle with her rival Kylo Ren (Adam Driver), as rebels scramble to locate evil Emperor Palpatine after they learn he did not die at the hands of Darth Vader. They must find him and stop his plans to revive his deadly First Order empire.

Director J.J. Abrams gives longtime fans all the eye-popping visual effects, light saber duels and space battles we’ve come to expect over the years, progressing the look of the original films with  interesting new elements. His story, however, is the same ole schmaltzy, space Western schtick – completely devoid of anything new or creative. By ticking the plot’s boxes at a manic, break-neck speed, its overly-complicated, bland story, in an effort to please everyone, instead pleases no one.

That said, the complicated relationship between Rey and Kylo Ren is the best done part of the film, but it comes at the detriment of the other characters, many of whom get little to no screen time.  The incorporation of the late Carrie Fisher’s Leia into the story is about as well done as is possible, despite resulting in some stilted acting. But Abrams does get the big finale right, with the saga culminating in a sweet, crowd pleasing moment.

• The late Carrie Fisher, who died in 2016, appears in Star Wars: The Rise of the Skywalker via unused footage from the prior two films in 2015 and 2017 that was rotoscoped – a process where background footage is digitally removed and the primary footage of Fisher is superimposed into other scenes.

• Billy Dee Williams’ return as Lando Calrissian marks the longest length of time for an actor to reprise his role – 36 years later.

• Anthony Daniels (C3PO) is the only actor to appear in all nine Star Wars Skywalker saga films. 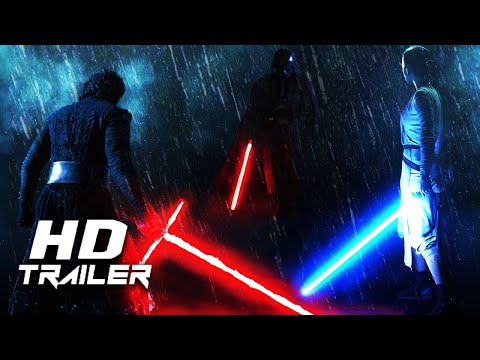