Seong Gi-hun is an unemployed, middle-aged chauffeur living with his elderly mother in Seoul, South Korea. Desperate for money, he agrees to a strange proposition – to take part in a mysterious, 456 person contest. The debt-ridden competitors from various walks of life soon learn that the contest is a deadly take on a series of children’s games. The winner will get an enormous grand prize of 45.6 billion won – the equivalent of more than $38.5 million. For everyone else – death.

The Netflix fantasy TV series has the feel of a Korean mashup of The Hunger Games, the popular TV series Survivor, The Hunt and the Saw horror film franchise. (It is important to note that show creator Hwang Dong-hyuk says he wrote Squid Game in 2008 prior to those aforementioned films.) The nine hour-long episodes are curiously entertaining but also profoundly and jarringly violent – we see A LOT of people being shot and killed. After all, there can only be one winner, right?

As the surreal, deadly competition plays out, we learn the motives behind the wealthy masterminds of the game, which itself seems intended as a deeply symbolic indictment of wealth inequality and classism and a test of the inherent goodness (or badness) of human nature. Korean film star Lee Jung-jae (Amsal, Gwansang) gives a committed performance as the star of Squid Game, with a strong supporting cast that includes Park Hae-soo (By Quantum Physics: A Nightlife Venture) and fashion model turned actress Jung HoYeon.

The scenes featuring the two youngest female competitors show the intimate emotional bonds of youth, with the scenes between childhood friends Gi-hun and Sang-woo, now strained as adults, are meant to illustrate the emotional distance caused by time and circumstance. Squid Game is best viewed in its native Korean with subtitles (the dubs are pretty awful). The relatively amateurish introduction of the masterminds and an undercover detective trying to suss out what is going on, unfortunately distracts from the pacing of the emotional series, which becomes increasingly predictable as it reaches its very drawn out outcome.

• With more than 111 million viewers in 28 days, Squid Game replaced Bridgerton as Netflix’s most-watched original series. Netflix agreed to produce the series as part of its efforts to have more international productions.

• The 2014 Japanese film Kamisama no iu tori (As the Gods Will) features a very similar storyline, right down to the violent take on the “Red Light, Green Light” children’s game.

• The Korean card throwing game of ddakji involves throwing folded tiles in such a way to make the opponent’s tiles flip over. If successful, the thrower keeps both tiles. 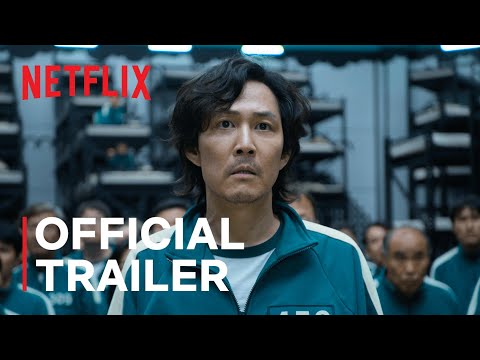