Melissa McCarthy fans rejoice! This comedy – a raunchy, over the top James Bond spoof – is loaded with a slew of piss-yourself-from-laughing moments, when McCarthy, a CIA desk officer, goes into the field undercover, donning various kooky cat lady disguises to stop a nuclear arms sale.

While some of the comic gags early on fall flat, about 20 minutes in, the film becomes a hysterical comedy showcase, not only for McCarthy, but a cast that includes an utterly hysterical Rose Byrne as the sarcastic evil villain, Jason Statham as a ridiculously macho, dimwitted rogue CIA agent, Allison Janney, Jude Law, and Miranda Hart, who almost steals the show as McCarthy’s even frumpier, hilarious friend and co-worker.

This is one of those films that you will find yourself rewatching repeatedly, and the unrated version is even better. 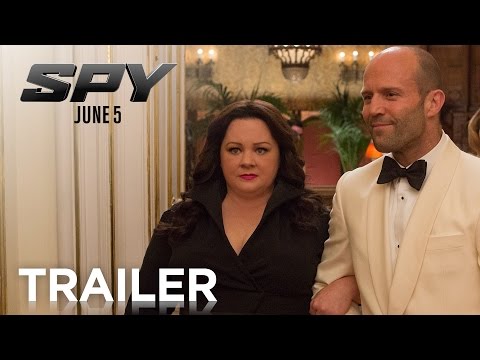