Ryan O’Connell stars in this groundbreaking,  autobiographical Netflix comedy series about his life as a gay man with cerebral palsy. In eight, easily-bingeable 15 minute episodes, we see Ryan breaking free from his claustrophobic, codependent relationship with his well-meaning mother to get the independent life (and love) that he wants.

What makes this comedy series so refreshing is that we see Ryan not as a deified, disabled object of pity, but as someone who is at times funny, selfish, thoughtless, sweet and even cruel – in other words, a real person. It even has a graphic gay sex scene – a rarity of unicorn proportions among the more typical, bland media portraits of the disabled. And not only is the series about Ryan’s disability, but it also explores the emotional disability of his mother (Jessica Hecht), whose codependency with Ryan hinders her romance with her uber-charming next door neighbor, well played by Patrick Fabian (The Last Exorcism).

Other cast members (Punam Patel as Ryan’s plus-sized, cool workplace bestie and Marla Mindelle as the heartless but perceptive boss) are funny and insightful, but a bit more one dimensional – likely due to the time constraints of Special’s 15 minute episodes. But that also means every scene is lean and… well… special.

• Special is produced by Jim Parsons (The Big Bang Theory) and his husband Todd Spiewak.

• In an interview with Vulture, Special creator and star Ryan O’Connell says if Netflix picks up the show for a second season, he wants to expand future episodes to 30 minutes each and continue his efforts  to de-stigmatize onscreen gay sex.

• Ryan O’Connell’s career began as a blogger whose stories went viral, resulting in a book deal, and later, a career as a television writer (Will & Grace, MTV’s Awkward) 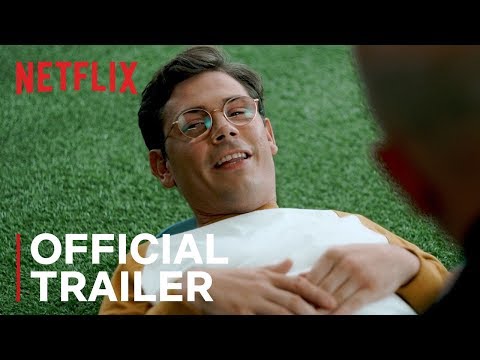