Season 2 of the Netflix dramedy series Special continues its exploration of the life of a gay man with mild cerebral palsy. This second and final season looks at Ryan’s attempts to find love through a series of relationships and embark on new adventures in his quest to get the life he wants.

The sex scenes in Special are graphic – finally, a show with the courage to portray, not only gay sex, but gay sex among the disabled. Special also features a range of real world situations – from guys who sexually fetishize the disabled (yes, it’s a thing) to the complexities of dating those in sexually-open relationships. In addition to Ryan’s enlightening and often hilarious journey, we also see more of the other characters this season – Jessica Hecht shines as his empty-nester mom trying to find her own independence, as does Punam Patel as his clever bestie coping with loneliness and overwhelming credit card debt.

Even by doubling its 15 minute episodes of its first season, Special still is an easily binged, likable show that examines the challenges of the disabled without being patronizing. The writing has a raw, realistic edge to it, with cameo appearances by Leslie Jordan (Will & Grace) and Ana Ortiz (Ugly Betty, Love, Victor). It is funny, charming and relatable to people of all types. It is just a shame that this season is its last. Here is our review of Season One.

• Ryan O’Connor says he appreciated Netflix giving him an early heads up that Season Two would be Special‘s last, so he could make the story feel complete. Special is produced by Jim Parsons (The Big Bang Theory) and his husband Todd Spiewak.

• Jessica Hecht, who played the role of Susan, the subsequent wife of Ross’ ex-wife Carol in the hit TV series Friends, can next be seen in the TV crime drama series Hudson Falls.

• Ryan O’Connell, Punam Patel and Jessica Hecht were all nominated for 2019 Primetime Emmys for their performances in Season One of Special. 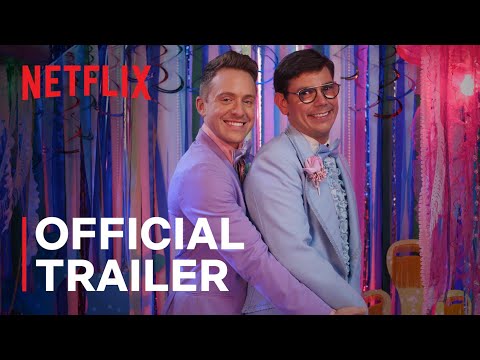