Soul is the Pixar animated movie on Disney+ about a middle-school band teacher (Jamie Foxx) who, on the verge of his big break as a jazz pianist, finds himself in The Great Before, a fantastical place where new souls get their personalities, quirks and interests before they go to Earth. There, he meets a skeptical soul named 22 (Tina Fey), whom he must convince that Earth, despite its many shortcomings, is a place worth going, as he works to get back there himself. Soul is the first Pixar film with a black lead character, and the choice by co-directors Pete Docter (Up, Inside Out) and Kemp Powers (One Night in Miami), to give it a jazz theme was a wise one. Piano compositions from Jon Batiste (The Late Show with Stephen Colbert) are woven into a thoughtful score from Trent Reznor and Atticus Ross (The Social Network, Gone Girl) along with some terrifically quirky, Picasso-esque “otherworld” renderings from the Pixar animators. It is the perfect canvas for the film’s weightier themes about death, the afterlife and the importance of not taking life for granted while having the courage to pursue your dreams.

Voice performances from Jamie Foxx and Tina Fey meld well together and are often hysterical in the more predictably formulaic first hour, which includes a cute Freaky Friday element reminiscent of 2019’s Spies in Disguise. It is the decidedly more somber third act, however, that makes Soul a more impactful, thought-provoking experience, although it falls a tad bit short of the emotional weight of Such Disney/Pixar classics as Toy Story 3, Coco and Inside Out.

• Soul is the first full-length Pixar film not to be released to theaters, released exclusively on the Disney+ streaming service.

• Soul also is the first Pixar feature film not to include a voice performance from John Ratzenberger (mailman Cliff Clavin from Cheers), who appeared in 22 Pixar films. (Hence the nod to him through Tina Fey’s character, 22.)

• Two time, Oscar winning director Pete Docter (Up, Inside Out) is an animator, screenwriter, voice actor and Chief Creative Officer at Pixar. 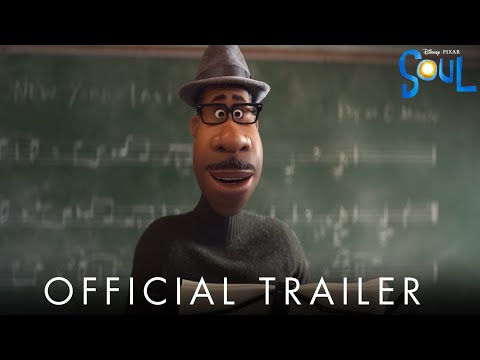