People at a luxurious volcanic theme park off the coast of China must run for their lives after the island’s volcano starts erupting, in this Mandarin and English-language action/adventure disaster. Skyfire is a throwback to 1970s-era disaster thrillers – a modern-day mashup of Volcano and Irwin Allen’s When Time Ran Out, with a healthy dose of Jurassic Park.

For a mindless disaster flick, director Simon West (Lara Croft: Tomb Raider, Con Air) proves he’s still got the goods in this special effects-laden extravaganza. We get dazzling, eye-popping explosions, lava literally flowing everywhere, and plenty of pulse-pounding action, all set to a grandiose, violin-based score from composer Pinar Toprak (Captain Marvel). Except for a couple of minor CGI wobbles, the visual effects are impressive and the pacing is quick. The thrilling monorail rescue scene is particularly fun.

Does Skyfire have all the requisite, one dimensional characters, insipid dialogue and preposterously unreal rescues? Absolutely! Jason Isaacs (Mass, Hotel Mumbai) is the Western business developer who ignores the urgent warnings of an imminent eruption from beautiful geologist Hannah Quinlivan, who has a troubled relationship with her geologist father, played by Xueqi Wang (Iron Man 3) after they narrowly escaped an eruption there 20 years ago that killed her mother.  Skyfire is cheesy, brainless fun and a great way to kill an hour and a half on a rainy day.

• Earning more than $24 million at the box office, Skyfire is China’s first big budget disaster film, intended to be the first in a disaster trilogy.

• Taiwanese-Australian actress Hannah Quinlivan is no stranger to disaster thrillers, appearing in 2018’s Skyscraper, alongside Dwayne Johnson and Neve Campbell.

• Although set on an island off the Coast of China, Skyfire was filmed in Malaysia. 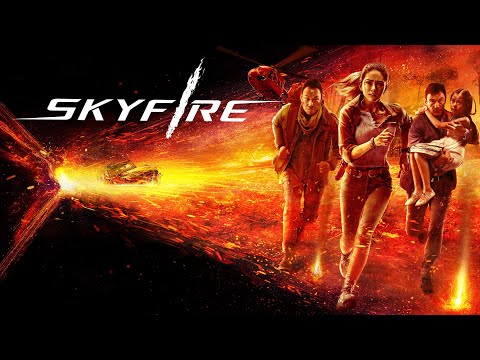