Two college friends quarantining at a lake house during the early months of the COVID-19 pandemic find themselves terrorized by a knife-wielding, masked intruder, in this pandemic-themed horror/thriller on Peacock from Scream creator Kevin Williamson and his assistant Katelyn Crabb.

Under the helm of director John Hyams (Alone), Williamson and Crabb have crafted a pretty taut thriller, even with a plot that borrows very heavily from Williamson’s prior work. Set to our not-so-distant era of masks, hand sanitizer, toilet paper shortages and looming death from the plague, Gideon Adlon (Blockers) and Beth Million (And Just Like That…) are the privileged, pleasantly self-absorbed girls first dealing with creepy, anonymous texts and soon after, a murderous psycho.

At one point, Sick will start to feel like a cheap knockoff of Scream. Stick with it. Hyams’ editing, cleverly shifting from reveals of the shadowy killer in the background to gruesomely violent close-up perspectives of the victims, culminates in a clever, timely twist. And coming in at less than an hour and a half, Sick is well enough not to overstay its welcome.

• Sick was filmed in and around Salt Lake City and Ogden, Utah.

• The scene featuring an urban legend about a mother, baby and a snake is a repeat from the Dawson’s Creek episode “The Scare.” Williamson was the creator of that series. 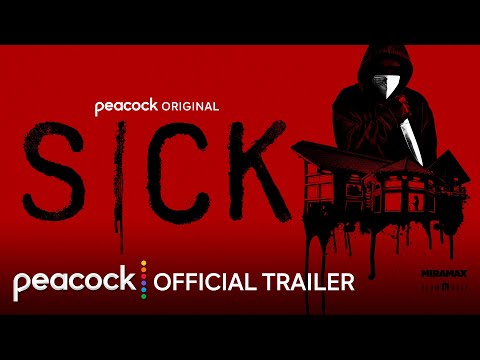