Danielle is having an affair with a wealthy young sugar daddy. When she joins her parents at shiva, a Jewish funeral wake, not only does she run into him but she also sees her ex-girlfriend, in this twisted dark comedy. It is adapted from writer/director Emma Seligman’s 2018 short film.

A cleverly constructed story and incredibly good casting make Shiva Baby a wonderfully  uncomfortable delight. Rachel Sennott is captivating as the exasperated protagonist in a death spiral of increasing awkwardness, with Danny Deferrari (Madoff) as the philanderer, Dianna Agron (Glee) as his increasingly suspicious wife, and Molly Gordon (Booksmart) as Danielle’s totally confused ex-girlfriend. Polly Draper (Thirtysomething) and Fred Melamed round out the main cast as Danielle’s oblivious parents.

In her feature film directorial debut, Emma Seligman has shown herself a master at capturing absurd and uncomfortable situations. With murmurs, side eyes and a terrific score, Seligman so effectively builds the tension that you can’t help but feel the claustrophobia as it closes in on poor Danielle. Shiva Baby is one very impressive debut.

• Although guests at the shiva refer to Kim as a shiksa (non-Jew), in real life actress Dianna Agron is Jewish, while Shiva Baby star Rachel Sennott was raised Catholic.

• Both Emma Seligman and Rachel Sennott are graduates of NYU/Tisch School of the Arts.

• In addition to being an actress, writer and director, Polly Draper also is the mother of actors Nat (Paper Towns, Ashby) and Alex Wolff (Hereditary, Jumanji: Welcome to the Jungle). 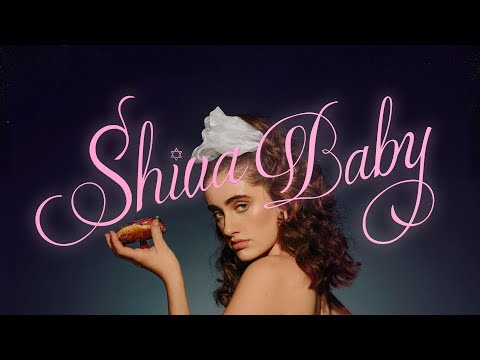