Actor Chris Hemsworth takes his surfboard to his native beaches of Australia in this National Geographic TV special on Disney+ and Hulu about living harmoniously with sharks. The program comes in the wake of 2020’s deadliest year ever in Australia for shark attacks.

There really is only one reason to watch this series – Chris Hemsworth. He’s just so ridiculously handsome and likable. The 45-minute special doesn’t cover much new about sharks, although we do get to see some childhood photos of Hemsworth from when he and his family lived in Australia’s remote Northern Territory as well as chats with a champion surfer who had a run-in with a great white and some shark researchers.

The highlight, however, is Hemsworth’s chats with now 86-year-old shark conservationist Valerie Taylor, the first person to ever photograph a great white shark without the protection of a cage. Forget the sharks, seeing these two flirt with one another is great fun. At one point Hemsworth jokes, “I’d let you bite me” after she bats her eyelashes at him and grabs his bicep.

The facts that climate change is driving sharks to more human-populated beaches, and that shark nets kill more non-shark aquatic life than sharks is nothing new. There is one cool tidbit in the special, however – electrodes on surfboards that can create electric fields, deflecting sharks from attacking. While scant on information, Shark Beach with Chris Hemsworth is pleasing to look at, even if instead of sinking its teeth into the topic of sharks, it barely grazes the surface.

• In February 2022, Sydney, Australia reported its first fatal shark attack in 60 years, when a 35-year-old British diving instructor was attacked and killed in the waters off Little Bay Beach.

• Chris Hemsworth moved with his wife Elsa Pataky and their three children from Los Angeles to Byron Bay, Australia in 2015. He currently is one of the most highly-paid actors on the planet.

• In addition to being a shark conservationist, Valerie Taylor is also a photographer and filmmaker, having filmed sequences with her late husband Ron Taylor for the iconic 1975 thriller, Jaws. 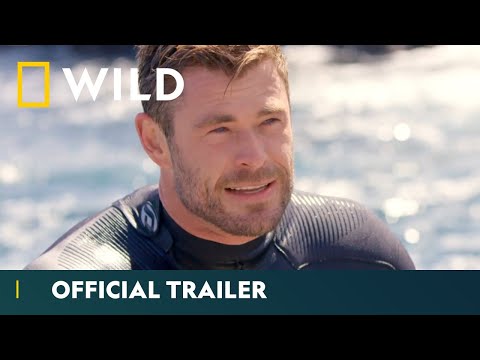