Fasten your seatbelts and get ready for a wild ride to crazy town! Chloë Grace Moretz stars in this logic and physics-defying WWII action/fantasy/sci-fi/horror/thriller, about a woman aviator trying to transport a mysterious package across the Pacific onboard a B-17 military plane. She must battle a crew of sex-starved, misogynistic airmen, attacking Japanese fighters AND a giant bat-like gremlin that’s onboard.

The score’s quirky synth music is the tell that this bizarre genre mashup is a popcorn matinee not to be taken seriously. A very game Moretz puts her all into the kooky role, with a supporting cast that includes Taylor John Smith (Hunter Killer) and Nick Robinson (Love, Simon) as fellow airmen. As insane as director Roseanne Liang’s wacky story is, Moretz single-handedly sells it.

The plot plays out like a surreal WWII take on the iconic sci-fi horror classic Alien, with Moretz as a war era Ripley, just with a mystery package instead of an orange tabby. When the male soldiers onboard refuse to heed her warnings about the gremlin OR the approaching Japanese fighters, it’s up to the WWII-era feminist badass to save them. And she does – over and over again. The misogynistic dialogue in the first act drones on a bit too long, but once the action amps up, it’s a silly but mindlessly entertaining ride.

• Max Landis wrote the original screenplay, but after sexual harassment allegations were made  against him, director Roseanne Liang heavily rewrote it and kept him distanced from the production.

• Shadow in the Cloud was filmed in New Zealand.

• As shown in the closing credit tribute, there were 1100 women civilian volunteers who served as pilots in WWII. The Women Airforce Service Pilots  (WASP) flew all sorts of planes on various missions. President Barack Obama awarded the 300 surviving WASPs the Congressional Gold Medal in 2010. 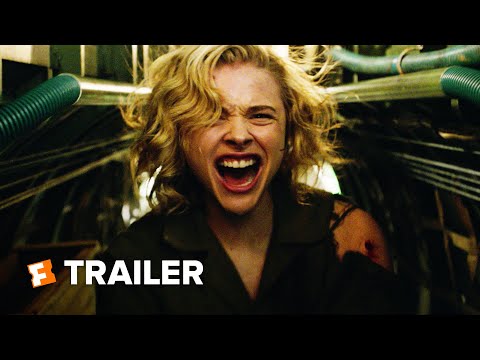