A burned out boat captain (Matthew McConaughey) obsessed with catching an elusive giant tuna starts questioning his reality when his ex-wife (Anne Hathaway) shows up, asking him to kill her monstrously abusive, alcoholic husband (Jason Clarke), the stepfather to their son.

You instantly know everything is NOT “alright, alright, alright” with this sloppy psychological thriller when the setting, an island off the coast of Florida, is clearly NOT Florida (this island has a mountain, the vehicles have international license plates and steering wheels are on the right – the film was shot in Mauritius). From there, the checklist of eye rolls gets even nuttier: Anne Hathaway’s sultry vixen is less Kathleen Turner/Body Heat sexy and more laughably bad Jessica Rabbit parody, the distractingly bad camera “artistry” looks to be the work of a film school dropout, and most importantly, writer/director Stephen Knight’s infuriatingly bonkers story twist will have you screaming “WTF was THAT?” as the sheer stupidity of it all soaks in. You’ll think you see it coming, but what it turns out to be is far, far more ridiculous.

Even the obsessively frequent glimpses of McConaughey’s bare ass (it gets more screen time than Diane Lane, as his local hookup who pays him for sex) isn’t enough to distract viewers from the awfulness of this film. It is astounding that so many Oscar winners (McConaughey, Hathaway) and Oscar nominees (Lane, Djimon Hounsou) were part of this epic disaster of a movie. Seriously – how did this get made?

• Writer/director Stephen Knight (writer of 2018’s The Girl in the Spider’s Web and 2016’s Allied), also is one of three creators of the wildly popular TV game show “Who Wants to be a Millionaire?” that has aired in 160 countries worldwide.

• Serenity is one of the biggest opening weekend box office bombs in the careers of Matthew McConaughey and Anne Hathaway, who also worked together in 2014’s Interstellar. They reportedly were infuriated when film distributor Aviron Pictures abandoned plans to promote the film the day before its release in January.

• 54-year-old Diane Lane says she “couldn’t cope” when Matthew McConaughey told her on the first day of filming that she had been his first on-screen crush since seeing her in the 1989 TV mini-series Lonesome Dove, telling Entertainment Tonight “I said ‘Thank you for the compliment. I’m dying and I love you too, babe.” 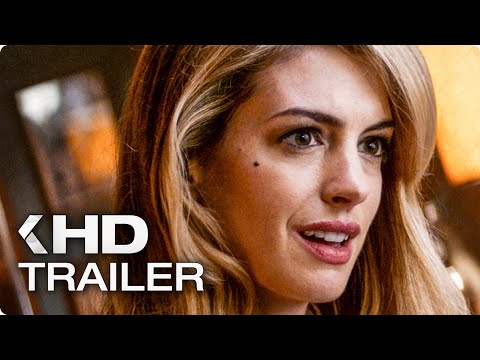