Secrets of the Saqqara Tomb

Channel your inner Egyptologist and get ready for a real life adventure – this is Netflix’s documentary answer to Indiana Jones, featuring the real life 2018 discovery of a shockingly well preserved tomb at the Saqqara complex south of Cairo – hailed as one of the most important discoveries in more than 50 years.

Inside the 4400 year old tomb of the high priest Wahtye, we get sarcophagi, hieroglyphics and yes, linen-wrapped mummies, and seeing these discoveries unearthed while the cameras are rolling is truly a rare, once in a lifetime event. But it is the interviews with the Egyptians working the excavation site that gives this documentary its heart. Director James Tovell talks with everyone – the archeologists, the site leaders, the foremen and the diggers, each of them beaming with pride as they share in the stirring, collective joy at their team discovery.

Not surprisingly, the cinematography around and inside the tomb is stunning. Not only do we see a first – the discovery of a mummified lion, but this is a highly immersive, fascinating documentary that will delight both the hardcore Egyptian history buffs as well as the only casually interested viewer.

• The Saqqara necropolis, the world’s first and oldest pyramid, is about 20 kilometers south of the more popular Giza necropolis.

• Actor/director James Tovell is best known for directing the 2017 sci-fi documentary miniseries Size Matters  and the 2017 drama Cradle to Grave.

• Since the discovery of Wahtye’s tomb at Saqqara, archeologists have uncovered 59 more intact coffins at the bottom of nearby shafts revealed during excavations. They date from between the sixth and first centuries BC. Their story will be told in a Smithsonian Channel docuseries Tomb Hunters in 2021. 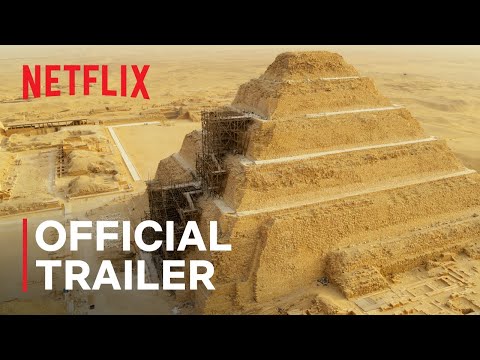