When a small army of well-trained criminals hijack a train in the English Channel Tunnel, a special forces operative on board springs into action to save his girlfriend and other passengers. The action/thriller is based on the 2012 novel by former SAS member Andy McNab.

SAS: Red Notice is a cheap knockoff of the Tom Clancy and Jason Bourne para-military action thrillers – but for a knockoff, it’s actually pretty entertaining in its own right. The story itself is a bit bloated, cramming in a convoluted sub-plot about the British government and a gas company secretly funding the criminals’ activities to get a gas pipeline from Georgia to Britain and then setting them up to take the fall.

Scotsman Sam Heughan (Outlander) makes a fine hero (James Bond, anyone?), once the story finally gets him and his girlfriend Sophie (Hannah John-Kamen) onboard that train. Ruby Rose and Tom Wilkinson play the leaders of the criminal Black Swan mercenary brigade, with Andy Serkis (Dawn of the Planet of the Apes) and Tom Hopper (Game of Thrones, Terminator: Dark Fate) as SAS troops of questionable morals.

Oddly enough, with that long-winded premise, the overlong SAS: Red Notice manages to be both overcomplicated and too simple, with some plot twists that deeply strain credibility – most notably, a rescue from inside a train toilet – yes, the actual toilet. But if you switch off your brain and have a couple of hours to kill, the solid production work from director Magnus Martens (Fear the Walking Dead) makes for a pretty fun, albeit forgettable ride.

• Andy McNab, who was captured and tortured by Iraqi troops in the first Gulf War, has helped choreograph weapons and tactics for the Michael Mann films Miami Vice and Heat. • In addition to his popular Starz series Outlander, Sam Heughan (Men in Kilts: A Roadtrip with Sam and Graham, The Spy Who Dumped Me) launched his own whisky brand, The Sassenach, which won double gold in the San Francisco World Spirits Competition in 2020 and 2021.

• Melbourne-born Ruby Rose was a VJ for MTV Australia and a Maybelline model before making the transition to acting (Resident Evil: The Final Chapter, Orange is the New Black, Pitch Perfect 3 and The Meg). 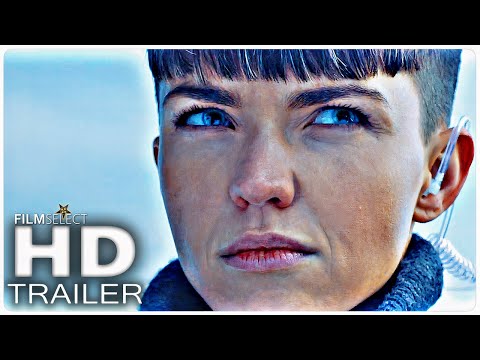