This is the incredible story of an eight-year-old Jewish boy who survived on his own for three years in the countryside of Nazi-controlled Poland after escaping from Warsaw’s Jewish Ghetto in 1942 during the Holocaust. The WWII drama is based on Uri Orlev’s 2000 biography about Yoram Fridman.

German director Pepe Danquart, who won an Oscar for his 1993 short film Black Rider, creates a suspenseful, Iliad-type journey – loaded with hardships, tragedy and sorrow. It shows the best and worst of human nature. Identical twins Kamil and Andrzej Tkacz portray Srulik, the young boy left to fend for himself, first with a group of other orphaned children in the forest, then traveling to farms where he would work in exchange for food and a place to sleep.

Elisabeth Duda (I Will Crush You, La Belle Époque) is the film’s standout performance as Magda, a kind-hearted woman who risks her own life to take the boy in and train him on how to pass as Catholic to survive. Despite the film’s serious subject matter, it isn’t without humor. One of the more charming moments is a montage featuring the many wild tales the young boy would spin about how he lost his arm. It shows that Srulik, for all his hardships, still maintains a childlike spirit. The biggest criticism of Run Boy Run is a clunky and almost checklist type approach to Srulik’s odyssey, but it is more than offset by the sheer magnitude of what this young survivor endured.

• After seeing Run Boy Run in 2014, Yoram Fridman, said that the film was very accurate: “I was deeply moved when I saw the movie. It was like seeing my whole life happening again. It was hard and emotional, yet very rewarding to know that despite everything that happened, I can see it from the better side of life now.”

• Yoram Fridman moved to Israel in 1962, where he learned Hebrew, married, had six children and earned a master’s degree in mathematics. He died in 2017 at age 82. 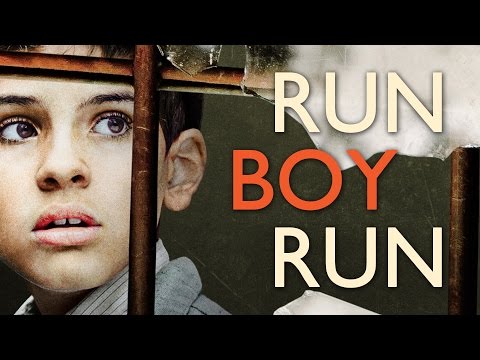