After her elderly mother Edna vanishes without a trace, Kay and her adult daughter are called to Edna’s house in the Australian countryside to assist in the search for her. Days later, Edna suddenly reappears, acting strangely and unable to explain where she has been. Is it dementia, or is there a sinister presence in the house that is affecting her?

This film from co-writer/director Natalie Erika James is a slow, mood setting psychological horror, much in the same vein as the 2020 psych horror The Lodge, with lots of creepy moments, excellent performances by Emily Mortimer (Mary Poppins Returns, Lars and the Real Girl), Bella Heathcote (The Neon Demon, Pride and Prejudice and Zombies) and Robyn Nevin (The Matrix Revolutions) and some pretty unsettling visuals.

But unlike The Lodge, which has a spectacular, “holy crap” payoff of a finale, Relic is little more than what its title implies, a dated, and ultimately scare-free, snoozer of a story that will serve only to frustrate viewers after such a long buildup that fizzles out in its final act. The symbolism, while nice, is just not enough to give it the oomph which it is lacking.

• Filmed in Melbourne, Australia, Relic earned $192,000 during its opening weekend at 69 drive-in theaters in coronavirus stricken America. With traditional theaters still closed, it was the nation’s largest opening weekend in three months.

• Although they play mother and daughter, English-born Emily Mortimer is only 15 years older than Aussie Bella Heathcote.

• Bella Heathcote will star alongside Toni Collette in upcoming Netflix thriller Pieces of Her, based on the 2018 novel by Karin Slaughter. 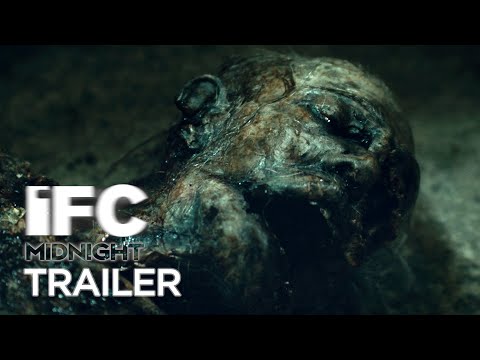