The crew from Disney’s 2012 animated comedy Wreck–It Ralph is back, with Ralph (John C. Reilly) and his race car driving bestie Vanellope (Sarah Silverman) taking to the internet to make money for a new steering wheel for Vanellope’s broken Sugar Rush arcade game – and learning about the importance of friendship in the process.

This sequel is vastly superior to the original on all fronts – from its eye-popping animation with a fascinating (and really fun) level of detail, a delightful supporting cast (Gal Gadot and Taraji P. Henson, in particular), and a surprisingly thought-provoking story about friendship set in a contemporary backdrop of internet pop culture, computer viruses and internet trolls. But the film’s most noteworthy highlight is the utilization of Disney’s impressive array of princesses in a couple of clever and truly hilarious scenes. At nearly two hours, the film does have a few slow spots, but the multi-layered comedy, with slapstick humor for the toddlers, and more clever comedy for teens and adults, is also as sweet a crowd pleaser as Vanellope’s endearing, candy-filled hair.

• There is a post-credits scene (no spoilers!) 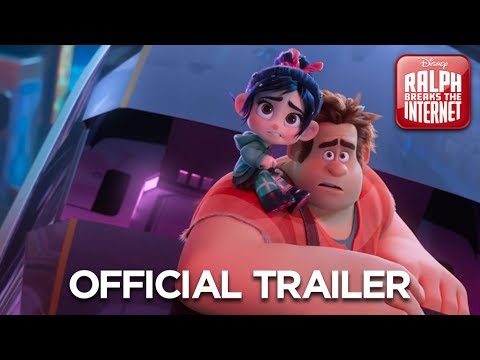