Rosamund Pike (A Private War, Gone Girl) stars in this biopic about Marie Curie, two time Nobel Prize winner in physics and chemistry, who, alongside her husband Pierre, discovered the elements radium and polonium, and coined the term “radioactivity.”

The period film looks great and has a stirring score. And director Marjane Satrapi (Persepolis) attempts to jazz up the historically significant but bone dry, paint-by-numbers story with a series of well-intended time jumps illustrating the future effects of Curie’s many discoveries. But the jarring glimpses of Hiroshima, Chernobyl, a Cleveland cancer ward and nuclear testing in the Nevada desert end up distracting from Pike’s gripping performance, as she deftly shows us how the feisty Polish-born feminist, with personal faults and unconventional attitudes, was always the smartest person in the room.

After a painfully slow first half, the film does gain momentum with the introduction of Anya Taylor-Joy (Emma., The Witch) as Curie’s oldest daughter Irene, who in addition to her pioneering work with Marie in the field of x-ray technology during WWI, would go on to win a Nobel Prize of her own in 1935 in chemistry. It’s just a pity that despite such acting talent and a story about such important world changing discoveries, this unfocused film, while still interesting, fails to live up to its full potential.

• Marie, Pierre and Irene Curie all are buried in The Pantheon in Paris, encased in lead due to the deadly radioactivity contained in their remains. Even Marie and Pierre’s notes from the 1890s are still so deadly that anyone reviewing them must wear special protective gear.

• Rosamund Pike and Harriet Turnbull (Young Marie) starred as mother and daughter in 2014’s What We Did On Our Holiday.

• Radioactive’s planned March 20, 2020 theater release was delayed due to the coronavirus pandemic. It was filmed in Budapest, Hungary. 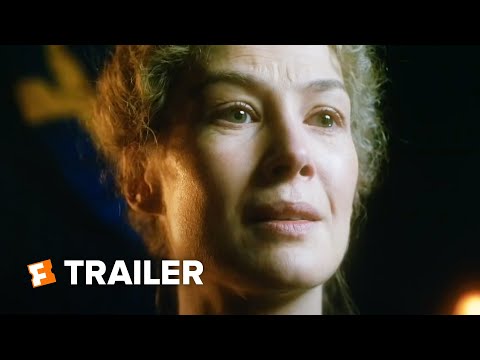